Is God a Figment of Our Imagination? Alister McGrath and Michael Shermer at Convocation Hall | Wycliffe College
Skip to main content

Is God a Figment of Our Imagination? Alister McGrath and Michael Shermer at Convocation Hall 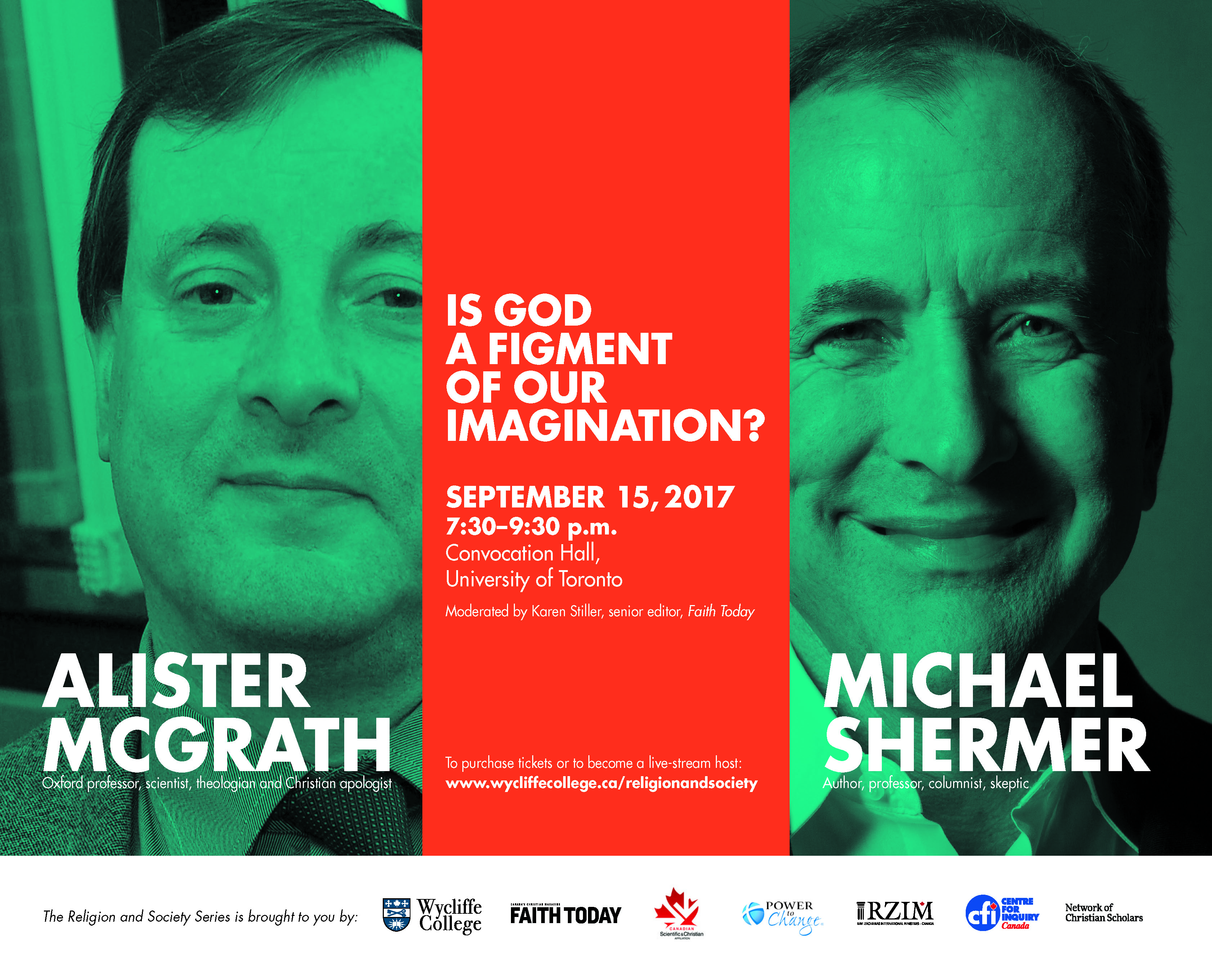 For tickets and more information:

The Religion and Society Series seeks to generate critical conversations on matters of faith, society and public interest. The purpose of the series is to play a catalytic role in helping shape discourse around topics that deeply matter to individuals and society.

Information is also available for those wanting to host a live-stream for their group.

Paul Dirac, the British theoretical physicist, famously said, “If we are honest — and scientists have to be — we must admit that religion is a jumble of false assertions, with no basis in reality. The very idea of God is a product of the human imagination.” The question remains, in an age of scientific reason, whether or not claims of God merit our attention and whether or not there is any coherence with reality. Is religious belief a vestige of a past age, destined for extinction, and are the many religious adherents of the world, merely ignorant and misguided?  Or is there within the theistic framework a resonance with reality that presses the notion of God beyond the mere subjective musings of those that claim it to be so?

Our dialogue brings together two leading thinkers who have thoughtfully wrestled with this question, each not only having embarked on a personal pilgrimage, but each bringing a lifetime of erudition, experience, and insights to bear on this theme. Alister McGrath, the athiest who would become a theist, and Michael Shermer, the theist who would become an atheist. Join us at Convocation Hall, University of Toronto or live on YouTube for what will surely be one of the most engaging two hours of thoughtful dialogue on one of histories greatest questions.