Q&A with Lissa Wray Beal: The power of the Word of God | Wycliffe College
Skip to main content

Q&A with Lissa Wray Beal: The power of the Word of God 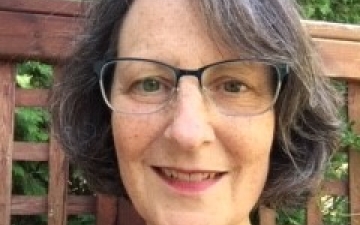 On August 1, 2022, Lissa Wray Beal joined the faculty of Wycliffe College as Professor of Old Testament. In the early days after her move to Toronto, she took time to participate in a conversation with Communications Director Patricia Paddey. An edited version follows.

Q: Tell us about your faith journey.

LWB: I grew up in a family of church attenders. My dad always had a very quiet but steady faith, and my mom came to faith in my mid-teens. We attended the United Church, and as a small child in open session for children—I was probably 4 or 5—I remember a real sense of the presence of God as we were singing. It was in my mid-teen years that I owned my faith.  We had a minister who knew Christ, and his personal witness was very formative for me. We also had family members who were believers and we got together with them quite regularly, so there were a lot of influences there.

In my United Church, I was part of a small group Bible study on the book of Romans. I remember realizing as I was reading through Romans that Christ died for my sin. That has always been evidence to me of the power of the Word of God to speak to people. My journey was a very gradual coming to faith, until I realized that I loved God and believed in Christ. That realization has shaped all my subsequent life.

Q: You were ordained first in the Pentecostal church and then later in the Anglican church. How did all of these traditions help to shape your Christian convictions today?

LWB:     What I took away from the United Church was a deep sense of reverence and awe. The church that I attended had a long centre aisle and the choir processed in and recessed out every Sunday. For years, the processional hymn was “Holy, Holy, Holy.” Such wonderful theology! That hymn shaped my initial understandings of God. My church also had an emphasis on service to God – and for me that landed in, “if I belong to God, how can I serve Him?”

My years in Pentecost were very formative. I learned to delight in my faith. I grew hungry for prayer and Bible study, and there was a deep sense of personal engagement with God, and liveliness of faith.

But for me the Anglican church has probably been the strongest formative influence. The liturgy captured me--and that was before I was even attending an Anglican church. I’ve found that Anglican liturgy is a strong skeleton on which my faith has developed. Also, using some of the devotional practices that the Anglican church has used for centuries has shaped me profoundly, and given a sense of connection to the church through time.

Q: You grew up in Vancouver, but you’ve studied, lived and worked in Edmonton, Winnipeg, and now you are returning to Toronto where you did your PhD. What did you appreciate about your time at the Toronto School of Theology?

LWB: I was here seven years; the first three I lived in residence. Living and studying within a broad spectrum of Christian faith stretched me in significant ways, consistently breaking the tidy boxes that I had God in.

Q: At what point did you sense you were being called to pursue a life in academia?

LWB: It was during my first pastoral experience that I realized I was drawn to teaching. I felt most alive and “in my gifts” when  teaching adult Sunday School classes, opening Scripture to people who wanted to understand Scripture but didn’t know how best to read it.

Q: Why Wycliffe for this phase of your career?

I’m just amazed and humbled that God brought me here; this opportunity for ministry is truly an answer to my prayers. It is a privilege to be teaching in my own denominational context—and so, perhaps in some way contributing to the health and growth of the Anglican church by forming its pastors and academics. But I’m also delighted to minister in a place where there are students from [other denominations]. My own experience as a student of this dynamic was rich. When people come here to live and study it’s life changing. So, to be part of that as a professor is exciting.

Q: A recent paper you wrote was called “Holding Steady in Turbulent Times: Words from Jeremiah.” Much has been written and said of late about the challenges the church is facing in these pandemic times. Where do you find hope in the midst of current realities?

LWB: The easy answer--the true answer--is I find hope in God. I have been reflecting a lot on this lately as, having recently moved [to Toronto from Winnipeg], I’m in my own time of turbulence and transition. More broadly, there is a lot of uncertainty in the church as we move out of the pandemic. I’ve been reflecting on the line—in Morning Prayer, “Glory be to the Father, and to the Son, and to the Holy Ghost. As it was in the beginning, is now, and will be forever—world without end. Amen.” That truth has become a strong anchor point. Through all the ages and all the ups and downs of life and church, God is the One who does not change, and glory goes to Him.  He’s been through it all, and He will bring the church through. I’m holding fast to that.

Q: The kind of work you do in preparing seminarians for ministry in tomorrow’s church is forward thinking, even as your scholarly interests are rooted in the ancient past. How does each inform the other?

LWB: I see my scholarship as ecclesial, exercised in and for the church. The church itself is past, present, and future. The Word, too, is ever present, living, and active and always a place of encounter. Because my scholarship is ecclesially founded and oriented, it is by nature attentive to the past, exercised in the present, and reaching toward the future. There’s no real separation for me, ancient past and anticipated future are always mutually informing each other.

Q:  As you come into the Wycliffe community, what would you like your future students, friends and colleagues to know about you that they won’t find on an Internet search?

LWB: One of the things that might help people know who I am is that when I think of my heroes of the faith from the past, I think of the Anglo Saxon saints of the 6th and 7th Centuries. People like Hilda of Whitby, the Venerable Bede, St. Cuthbert, and Saint Aidan. They are models of faith to me; teachers, and mentors. I see them wholly committed to God and shaping a nation, even though they probably didn’t know at the time they were doing so. These saints stand high in my imagination.

Something else that might be of interest to people is that the last four or five years I’ve been engaged in the Ignatian exercises, a spiritual discipline that I’ve found to be kindly attentive to the reality of our human existence while helping us deepen our openness to God, and walk with him. I hope these practices have stilled me, and made me a better listener to God and people.