On being awarded the Brother Jeffrey Gros Memorial Student Prize 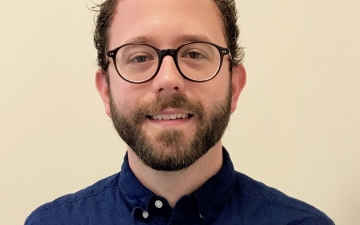 I was fortunate enough to be one of the winners of the Brother Jeffrey Gros Memorial Student Prize for the North American Academy of Ecumenists’ (NAAE) annual conference that took place in Montreal this year. I was especially delighted because I had never reckoned my work to be particularly Ecumenical, in the capital “e” sense, compared to that of most people doing ecumenical work. However, during the dissertation stage of my program, both of my co-directors, Ephraim Radner and Joseph Mangina, continually pressed me to weigh the present ecclesial significance of my work. So I thought I would take that to heart and write a short essay to apply for this prize, and that was that!

Montreal was a lovely place to hold this sort of a conference, as it seemed easier to attract a critical mass from across Canada, especially. The Toronto School of Theology (TST) was well-represented this year! It was fantastic to spend time with faculty, students, and alumni who I had not had an opportunity to meet over the years. Two of the plenary speakers, in fact, were from TST—Michael Attridge, from St. Michael’s, and Paul Ladouceur, from the Orthodox School of Theology at Trinity. Both papers, representing deep dives into issues of both modern (Vatican II) and contemporary ecumenism, were fascinating.

I took in the flurry of presentations initially as an outsider, but the spirit with which everyone gathered quickly pulled me in. I have now moved from being trepidatious about attending a small (~35 people!) conference at which I knew no one to being excited about the possibility of attending next year. The matters under debate go far beyond just trying to get, say, Catholics and Anglicans in a room together—though that certainly happened! Even beyond simply comparing seemingly disparate religious traditions, the members of the NAAE actually dialogue with grace about our commonalities and differences. Ecumenists care deeply about how we can celebrate diversity while also genuinely caring about each other as family. Don’t get me wrong; there’s no mushy sentimentalism here. Real, hard theological, philosophical, ethical, and ecclesiological work is and must be done, and I’m proud to have taken part in a small part of that work. The point was made that the future of the academy rests on the shoulders of its younger members, and I suppose that likely includes me, now.

I’d like to especially thank Anthony Mansour of the academy for being so hospitable and for his hard work in helping organize the conference this year. I would also like to thank William McDonald, the president of the NAAE for the past two years, for welcoming me into the fold so heartily.