The nations eye each other up 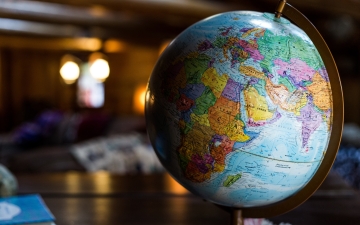 The term “the Canadian model” has been thrown around in recent weeks as British Government negotiators seek the best “divorce settlement” deal they can get, in preparation for the UK to leave the European union. The EU has been criticised for not being ready to treat the UK as “just like Canada” with whom the EU has a preferential tariff-light trade arrangement. Are we not closer to Europe than Canada, yet we are being offered far worse terms? Yes, and that’s just the point. Precious few Canadians want to fish in the North Sea, trade, work, and live across a border with the EU (in Ireland) or try to pass whisky and shellfish to the European market, unless I’m mistaken about Canadian Club Export and Great Lake Molluscs, or basically affect the lives of Europeans by their proximity.

We in the UK are not like Canada in that way. Nor do we share a land border with the US, even if we do culturally, ever since the 1970s TV diet of Westerns and cop shows and the sometimes “special relationship.” But in truth Britain is a tiny rock in the ocean that has arguably punched above its weight or perhaps created the impression that as there are four component parts, we are legion and the foreigner will get confused.

Population-wise both Canada and the UK are medium-sized nations. To take a smaller unit still, Scotland is like Canada in having a powerful neighbour due south. Moreover the tartan-Calvinist work ethic, and an eye for saving not spending, tie the old Scotia and the newer (Nova Scotia westwards) countries together. While of a completely different scale of significance, Scotland too can feel sorry for itself as another Indigenous population that was forced into wild corners of the land—and eventually to the sea, to wash up in places like New Zealand and Nova Scotia. Yet for all the Scots’ DNA in Canada, there is still that sense that establishment and culture is something other: once that “otherness” was symbolised by the Queen, the Prayer Book, Westminster Abbey, etc., today by something much wider and multicultural, which wants to resist the Presbyterian-Protestant certainties of the neighbor to the south and any other “old country.”

Whatever the tumult of the nations

At the time of the Scottish Reformation the Reformers like John Knox rather gleefully spoke of God having passed over England, after giving it a few years. England had not overcome liturgical-sacramental idolatry in the way that the Scottish Kirk was determined to. It, and not England, was to be the Lord’s covenant partner, even Zion, with England taking the role of the compromised “Northern Kingdom” (to invert geography). Perhaps Canadians have felt the gaze of a number of those in their equivalent “tribes” to the south, who long to flee to the stronghold of liberal democracy and (relative) sanity above the 49th parallel.

It is true that there is a premium on locations of calm order mixed with lively joy. Ritual is an expression of that combination as a way of life. That is something that the liturgy (to be specific, in the economical version of Cranmer who rescued the monastic offices from the ruining of the monasteries) offers when it provides a flexible skeleton for fleshing out with our fresh responses to the word of the Lord. Is that to offend the Knoxes? However, Knox himself was keen to reform liturgy, not abolish it. There is an endearing bit where he insists on believers’ standing not kneeling at the eucharist, not principally because that would be to adore the creation (mere bread and wine), but rather because when children come into their Father’s presence they are invited to look Him in the eye, not to come crawling in on all fours like slaves. Love, perfect or not, casts out fear, the imposter. And even if not quite playing or dancing before the Lord—the playful humanity (homo ludens) of Guardini and Ratzinger, deliberately wasting time with God, there is a lot to be said of prayerful communities, wherein leisure and peace and gentle reflection encourage a sense of the presence. The presence of the Good Shepherd that is, who lays down in front of the sheep pen at night, even as in so doing he prepares to lay down his life. In times of circling darkness we are not to be so much like the Scotsman Tam O’Shanter for whom with the help of Dutch courage it could be said : “Fair play, he car'd na de(v)ils a boddle.” But we are called to be the ones who, like the pray-er of the prayer book, look to the Lord and pray “defend us from all perils and dangers of this night.”  Whatever the tumult of the nations, He will keep us.