“A privilege to disagree” | Wycliffe College
Skip to main content

“A privilege to disagree” 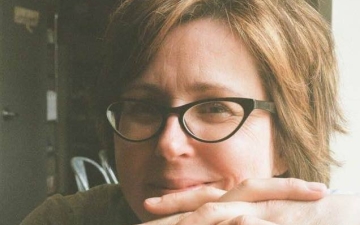 So far, it is Alister McGrath: 2, Michael Shermer: 1. That’s not actually a score, it’s my book tally as I prepare to moderate the September 15th “Is God a Figment of our Imagination?” debate at Convocation Hall. In the last month, I’ve read McGrath’s Inventing the Universe and The Passionate Intellect, and I just last night finished The Believing Brain by Shermer. Next on my list is Shermer’s The Moral Arc. And it’s a very big book.

What have I learned so far? That my book tally will be the only real score kept surrounding this event. Both of these authors and thinkers are brilliant. Both are leaders in their field. And they are both very respectful of those with whom they disagree. I think this will be less of a debate and more of a deep dialogue.

As I picture Convocation Hall filling up on that night, and groups around the world live-streaming the evening and then launching into discussions, I think that everyone – those who believe in a personal God and those who do not – will be challenged. I know we will all learn something new and have to rethink something old. I have already just through my reading.

It is such a privilege we have in our society to disagree openly, to debate loudly, to interact and exchange ideas with those with whom we share the most important and fundamental beliefs about ourselves and the universe, and with those with whom we do not. So, come to this event. Or live-stream it with a rowdy group of friends. Engage in this conversation.

As for my own role, I’m hoping to not have to do much at all on the actual evening except sit there and listen and learn from my super seat on the stage. What we all hope you will do, if you’re planning on attending or live-streaming, is send in your questions for Alister McGrath and Michael Shermer. Because even though I have been power-reading my way through the summer, and will be burning the midnight oil from now till the 15th, I know I won’t be the only one with questions.

Karen Stiller is a Canadian journalist, author and editor. She holds the position of senior editor at Faith Today magazine. On September 15, 2017, she will moderate a Wycliffe College Religion and Society Series special event exploring the question, "Is God a Figment of our Imagination?" at the University of Toronto's Convocation Hall.