Deep at the heart of everything 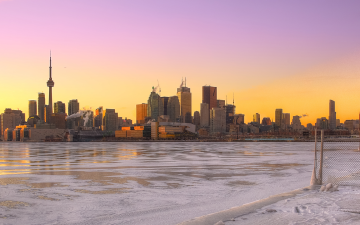 My wife Annette and I own several charcoal and wash drawings by a wonderful artist, Churchill Davenport. We acquired them when we were married in the late 1980’s. Davenport was a parishioner in the Brooklyn church where I worked, and had become involved in our experiment at having daily Morning Prayer in the church sanctuary at 7:30 a.m., joining with six or seven pilgrims, as it were, in the journey of scriptural devotion. He was a young man then, and the experience had a conversionary effect on him. He not only found the faith of his childhood revivified, but his art as well.

At the time, Davenport lived in the Red Hook neighborhood, once part of a thriving port area that looks out at the Statue of Liberty across New York City’s harbor. But by the late 80’s Red Hook had sunk into post-industrial decrepitude, eaten away by crime and drugs. Rents for artists, however, were cheap. Davenport told me that his newly awakened faith had helped him “see” things in new ways. He began painting images of the bare streets of Red Hook, old cars parked in front of older and empty buildings, sidewalks punctuated by garbage cans and loose debris. The works we got from him depict isolated telephone poles, their wires running across the road and in front of dark windows; or vehicles silently sitting along dead-end streets. “Everything is alive!”, Davenport said about these images. And in fact, the wires seem to vibrate, and the dark shadows on the streets seem to throb.

For Annette and me, these are images of our early love. And why not? There is a deep beauty at the heart of everything, of every object strewn across our landscape. Even the Red Hook of 1987 dances; even the Toronto of 2021, as the old snow slowly melts and uncovers shopping bags left from November, unveiling the treasures of a season many wish they could get beyond. This is one thing that art is aimed at exposing. This is also something that Christian faith stubbornly, and finally fearlessly recognizes.

I am well aware of the struggles of this time, ones borne in different ways by students, teachers, families, the young and the old; though in every case tinged with frustration, sorrow, and a certain bitterness. Everything has stopped, the energies of our hopes deflated. “Normal” times have their own challenges, to be sure, often overwhelming. But these all take place within a world that seems to move, to scurry forward, stacking, rummaging, constructing, glittering. But the time of the virus has brought all this movement to a halt, and left us immobile, it sometimes seems, staring at the things around us that we have never had the time to gaze upon, and have certainly had the constant opportunity and nagging desire to avoid. A small apartment and its unchanging furniture; a dinner that seems the same as yesterday’s; a city block where each day’s curbs and weeds, bins and unwashed cars we pass for the umpteenth time; the face of someone across the table we have always managed to skim past as we move on to something else, but whose look we cannot now escape. Put this way, it sounds grim; and frankly, honesty would confess such felt cheerlessness, if one is to believe the chatrooms of the internet.

So, we now must look again, and see things in new ways. Not simply out of necessity, but as the consequence of something built into the nature of reality, that we are being offered up again.  Charles Reznikoff (1894-1976) is one of my favorite poets. He often concentrated on small, even lowly objects, like a newspaper skittering across the sidewalk in the wind: “Scrap of paper/ blown about the street,/ you would like to be cherished, I suppose,/ like a bank-note.” [Inscriptions, 24] Why not precious? Things themselves, even the refuse of our busy lives, are granted value in a world where, by rights and on its own steam, nothing has any reason to be at all. Thus, miraculously precious. Reznikoff was also a person of Jewish faith, however peculiar.  If there is a “reason” for the things we are set amongst, it can be traced back through the roots of their being to their Fashioner. So, in a wonderful poem entitled “Te Deum” [1959], he brings the usual objects of thanksgiving that Te Deums have tended to lift up—triumphs won, achievements built, honors grasped—down to the level of “just this”, to which our Lord himself descended:

Not because of victories
I sing,
having none,
but for the common sunshine,
the breeze,
the largess of the spring.

Not for victory
but for the day’s work done
as well as I was able;
not for a seat upon the dais
but at the common table.

We hold telephone poles in common: their wires are draped across the pathways that we share.  Our dirty streets receive the footsteps of each of us. Just as our apartments are filled with the smells and savours, the colours and shapes, that we have brought with us together. Now is a time we can sit at such a table, and watch and wonder at the smallest thing. Praeparatio eucharistica—the preparation for communion. Those who come to the Feast—as we shall—have seen the world as it is, as He has seen it.

There is beauty deep at the heart of everything.