Exploring the mysteries of the first two verses of the Bible 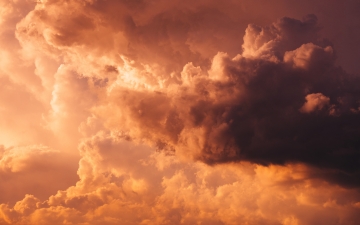 As a scholar of ancient Hebrew, I have spent decades puzzling about how best to translate the first two verses of the Bible into English. Finally, I have settled on the following:

In the following paragraphs, I’ll explain my translation while sharing five little-known facts about the first few verses of the Bible:

Fact number 1. The Hebrew word normally translated “beginning” (re’shit) doesn’t necessarily imply the very beginning. My translation, “The starting point” does a better job of reflecting this reality than do the more traditional words “in the beginning.”

The truth is we can’t tell, at least from these verses, that verse one cannot refer to the very beginning, though the belief that God created the world out of nothing—creation ex nihilo—favors it not being the very start of things. This is because the earth (and also the darkness and the waters) are already present at the starting point here mentioned. Whether the ultimate beginning or not, this verse describes the starting point that involves the world and us. (Compare the next-to-last chapter of the Bible, Revelation 21, where we get a “new heaven and earth.” The Bible is thus about God in relation to this world.)

Fact number 2. “The earth,”as described in verse two, is different from what we find later in this chapter (see verses 11 onwards), which describe the world before God brought order to it. And this He did by making divine pronouncements such as “may there be light” in verse three.  Order comes through the divine word and establishes such things as light in addition to darkness (verse 3) and zones such as waterless space in which plants, land animals and we, the climax of creation, can live. (The divine “word” that instantly brings order and parameters for good aptly reminds us of the life-giving Word that became flesh in Jesus Christ.)

Fact number 3. Verse one is ambiguous in that it could be either a stand-alone sentence or else a clause that needs verse three to complete it. This ambiguity is what led me to put “in which” in parentheses; include it and you need verse three, omit it and verse one stands alone. (By contrast verse two is unambiguous in that it must be a sidebar comment, which is why I have placed it between dashes.)

Fact number 4.  The phrase “desolate void” (in Hebrew tohu wa-bohu, the rhyming of which I was tempted to convey with “mishmash” or “hodgepodge”) finds wings with two parallel but contrastive statements. Listen again to the former, itself “desolately void” of a verb: “with darkness upon the surface of the deep.” How ominous! (Who isn’t afraid of the dark and the deep?) Contrast this with “yet with the spirit of God hovering over the waters.” The contrast between darkness and God’s Spirit (or wind, the same word in Hebrew) is stark. And the verbal element “hovering,” used of a bird fluttering, poises us for action—action that delivers when God speaks and light instantly comes into being.

Fact number 5. These verses reflect the Ancient Near Eastern context into which they originally spoke and are thus not a modern scientific explanation of the origins of the world. Had they been a scientific account of human origins, no one prior to the seventeenth century—and not even we today if God were fully to elaborate—would be able to understand.

Genesis 1:1-2 both compare and contrast with other ancient Near Eastern documents. As in other ancient accounts, these verses refer to primordial waters from which dry land emerges (see later in verse 9). Similarly, they assume a flat earth with a dome-like canopy above which there was water (verse 6).

On the other hand, these verses starkly contrast other ancient accounts. By these contrasts we see their intended theological meaning and relevance for today because they reveal the following: one God as opposed to many (and an all-powerful, light giving, one at that), and a razor sharp distinction between God and the things He created, thus ruling out panentheism.