The hard work of forgiveness and reconciliation 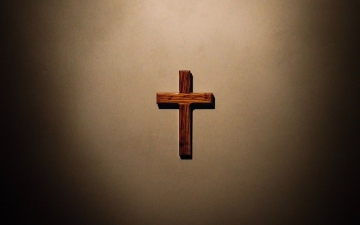 We are a people who have been made right in our relationship with God through the sacrificial life, death, and resurrection of Jesus Christ. The path we’ve travelled in being made right is the path of forgiveness and reconciliation; it’s what it means to be Christians. We are loved by God who longs to forgive and be reconciled with us. This marks us indelibly as a forgiven people.

How odd then, that so few of us (myself included) have become good at forgiving those who hurt or offend us, and that even fewer of us are inclined to ask for forgiveness when we know we’ve offended or been hurtful.

Forgiveness comes up again and again

As a clinical psychologist who teaches in a theological school, I’ve been confronted by this reality over and over. It comes up in the therapy room when individuals or couples are working to recover after a traumatic betrayal of trust. It also comes up in the classroom when we talk about what forgiveness is and what it ought to look like for Christians. We talk about one-to-one forgiveness, whether it makes sense to forgive after a random act of violence, and what it means to participate fully in a process of recovery after decades and decades of systemic oppression and discrimination like that perpetrated against Canada’s First Nations peoples.

In preparing to lead a retreat that draws on the Old Testament story of Joseph and his brothers as a model for understanding forgiveness and reconciliation, I’ve been working to highlight the core message. Here are my thoughts:

The story of Joseph and his brothers takes place within a family marked by deception, violence, and abuse. This tells us that our family and spiritual histories shape and set in motion many of our subsequent inclinations. It is comforting then, to realize that the story neither suggests that we are expected to forgive while the hurtfulness is still ongoing, nor that we are to “just get over it.” The process of healing within Joseph’s family was the work of a whole generation. It spanned decades and involved a great deal of pain and suffering.

Forgiveness and reconciliation take hard work on both sides

The story also tells us that if we are to forgive and be forgiven, the people on each side of the hurtfulness will have to do the hard work of considering what happened from the other person’s perspective. Why? A person in need of forgiveness must see and deeply understand the impacts of their behaviour; it is from such understanding that regret, repentance, and the desire for forgiveness grow. On the other hand, the person who wants to forgive must work to make sense of the offending person’s behaviour even when what that person has done is unbearable. If the hurt person cannot do this, they cannot separate who the offending person is from what they have done so the person, not just what they’ve done, is monstrous. And monsters are unlikely to be forgiven. If we can’t imagine how the other could have behaved the way they did or can’t imagine them capable of regret and change, we are unlikely to be able to imagine forgiving them. The tipping point for Joseph was overhearing his brothers speak amongst themselves with regret and sorrow as they remembered how monstrous they had been to their younger brother. That was when he began to consider that they might have changed and that reconciliation might be possible.

We may choose to forgive even if the other person hasn’t acknowledged their wrongdoing or expressed to us their remorse for the harm they have done. Joseph could have sold his brothers' grain and sent them on their way without revealing himself to them, and this would have been an admirable act of forgiveness on his part; admirable even if his brothers had remained unaware of who he had become or that they had been forgiven. But that is not what Joseph chose to do. He wanted to be reconciled with them, and he wanted to be reunited with his father and younger brother. He knew that it might not be wise or safe to re-enter relationship in the absence of acknowledgement and remorse, and so –  in this context – it wasn’t enough to simply forgive and bless them on their way. His example highlights two distinctions between forgiveness and reconciliation.

In the first place, while forgiveness is something we may choose to do on our own, reconciliation requires that both parties be involved. One may very much want to reconcile, but if the other is unwilling or unable, reconciliation simply cannot happen. Secondly, while forgiveness may be offered unconditionally, it can be argued that reconciliation ought always to be conditional, carrying with it the expectation that the hurtful person be transformed by the forgiveness they have received, and become willing and able to demonstrate – over and over as necessary – that they will not be hurtful in this particular way again.

In its simplest form, forgiveness is the moment-by-moment, day-by-day choice to not make the other person pay for what they have done.

One of the reasons we may struggle with forgiveness is that we want it to do more than it can: forgiveness may bring deep and meaningful healing and it may open the way for a restored relationship, but it cannot undo history and it cannot give back what has been irreparably damaged or lost. This means that forgiveness often requires that we grieve and relinquish our desire for things to be the way we wish they had been. We see this painful work in Joseph’s tears, in his brothers' guilt and expectation of being punished, and in the reality that forgiveness and reconciliation didn’t free Joseph from slavery. In fact, what actually happened was that his brothers joined him in slavery. Pharaoh gave them amnesty and land, but he didn’t give them freedom. When Jacob died and Joseph and his brothers took his body back to Canaan, Pharaoh insured their return by keeping their children and flocks. They and subsequent generations remained in captivity for 400 years.

If nothing else, the story of Joseph and his brothers tells us that there is no “just do it” formula for forgiveness and reconciliation. Both are hard work; understanding this truth helps us understand why we struggle.

Wanda Malcolm is Professor of Pastoral Psychology at Wycliffe College. During the Winter 2020 semester, she will teach part 1 of the Boundaries and Bridges course, which is designed to lay the foundation for effective and ethical pastoral care practices.