Take it off the top: identify what feeds your work, and do that first | Wycliffe College
Skip to main content

Take it off the top: identify what feeds your work, and do that first 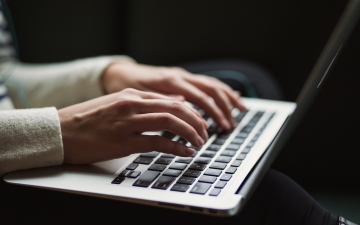 Wycliffe Professor Terry Donaldson has been teaching since 1982, so he knows a thing or two about the profession. And he's learned valuable lessons about how to organize his professional life so that there is time for the most life-giving activities - which in his case - includes research and writing. He shares his insights on how to do exactly that, in this week's blog.

It is a mercy that one’s first year of teaching is a once in a lifetime experience.

I’m sure that many of my faculty colleagues remember what it was like to have to prepare four or five new courses in their first year. An image that came recurringly to mind that year was one in which I was being chased across the windswept prairies by a pack of wolves (I was teaching in Saskatoon at the time), trying to keep them at bay by throwing a few chunks of meat over my shoulder in their direction every so often, hoping that I could reach the safety of the end of the semester before my small supply of meat ran out. Now I should hasten to point out that this is an attempt to describe what the experience felt like for me; I am not saying anything about the students themselves, most of whom (with perhaps only one or two exceptions) were more like friendly puppies than wolves. But, as I said, this is a one-time-only experience. Unlike priests, who are ill-advised to reuse their sermons, at least in the same parish, teachers are fully expected to repeat their courses from year to year. (Hardly seems fair, doesn’t it?)

But after I had taught for two years or so—and here I am getting closer to my point—I realized that if my teaching was to remain fresh, if I was not simply to keep throwing the same old meat chunks over the shoulder, I needed to continue to be engaged in my own research and writing. This was what had attracted me to an academic ministry in the first place, and it was this, I realized, that would continue to feed me as a teacher and faculty member. I’m not saying that this is necessarily the case for every professor; some are fed by the teaching itself, others by personal interaction or mentoring, even a few by administration! But in my own case, while I find teaching immensely satisfying, I realized early on that for it to remain so, it needed to be fed by ongoing research and writing.

The daily life of a professor

But it is not always easy to find the time for ongoing scholarly projects. The important is often swamped by the urgent. The daily life of a professor is quickly overtaken by a variety of demands: course and lecture preparation, grading, faculty meetings, committee meetings, meetings with students, paperwork before and after all of these meetings, working with worship teams, attending worship services, sermon preparation, writing letters of reference, speaking engagements, keeping up with reading, networking, and so on. To keep this particular set of wolves at bay, I tried a couple of ways of building into my weekly schedule some significant time for research and writing. After several not all-that-successful attempts, I eventually realized that what I had to do was to take it off the top. And so what I did—and have done (almost) ever since—is to take every Monday for research and writing. My assumption has been that if I take it off the top, the rest of the week will take care of itself; the things that need to get done will get done one way or another. To be sure, there were times when I had to make some adjustments, especially when I had administrative responsibilities. But even then most weeks I was able to set aside the first available day.

Now I am under no illusions of normalcy; professors are an odd bunch and are well-advised not to put themselves forward as lifestyle models for normal folk. Nevertheless, I think there is a principle here that is applicable to ministry more generally. The principle is this: identify what feeds your ministry and take it off the top. I’m not talking here necessarily about taking time off for rest, relaxation, family time, and so on, though this may be part of it. Rather, I’m talking about those ministry-related activities that people need to engage in if their ministry is going to remain vital.

The specifics, of course, will vary from person to person, both because of personality and because of the varieties of ministry for which Wycliffe students are preparing. For one, it might mean having a spiritual director; for another, joining a book club. It might mean finding a support group among fellow clergy, or doing a good job of sermon preparation, or going on an annual silent retreat, or engaging in continuing education, or taking a sabbatical every four or five years, or developing a ministry of pastoral counselling or marriage preparation, or reading journals or contemporary Christian literature. Likewise, what it means to take it off the top will vary from person to person. It won’t always mean doing something every Monday. But it will mean making it a priority, and doing what needs to be done to make it happen.

Of course, no principle is absolute. There are times when it is necessary to bend a little and make concessions to other needs and commitments. Further, for Christians, a principle such as this one needs to be part of a more comprehensive rule of life, where there is a place for a whole set of other things that are important. Still, unless I am simply off-the-scale odd, I think there is something to be said for this principle: identify what feeds your ministry and take it off the top.