The Tyranny of Now | Wycliffe College
Skip to main content

The Tyranny of Now 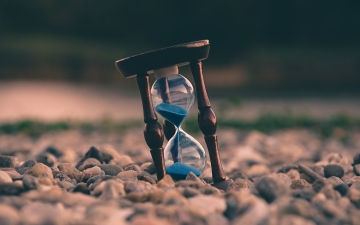 My first degree was in history. I was educated at the University of York in England by professors who were by and large resolutely unimpressed by notions of human progress. In one introductory lecture on the medieval period the question put before us was why Europe in 1550 was so much more fragmented, insecure, and less prosperous than it had been in 1250. And although they did not say so directly, others who were specialists in the early middle ages consistently gave the impression that England before 1066 was a much more interesting and innovative place than England after it. I was vaccinated against the notion that history is always about societies making progress and that what is contemporary is therefore the apex of human achievement.

When I later became a biblical scholar, I think this earlier education was part of the reason why the history of reception appealed to me as an area of research. It seemed self-evident that contemporary scholarship can only see so far and that, although in need of careful evaluation, the exegesis of previous eras has resources to offer us as we attempt to interpret Scripture in our own time and place. If Scripture is given to guide the ministry and mission of the church between Christ’s resurrection and his return, then the text must be heard as God’s word for us today but not only for us today. It is also God’s word for all those who have sought to be faithful disciples of Jesus in different times and places since the resurrection.

This positions us as part of an unfolding story. We can only be disciples in our own time and place and can only receive God’s word there. It is not possible for us to leap out of our historical skins so that we are addressed by Scripture in a timeless fashion. We are right to grapple with what Scripture means in relation to contemporary issues and values. Yet it also means that as we wrestle with Scripture in this way, we need to be mindful that ours is not a privileged moment from heaven’s perspective. When the texts do not seem unambiguously to endorse our values there is a challenge to be faced that cannot be avoided, but also a need to examine ourselves in the light of what Scripture itself presents as of ultimate significance. Rather than being shocked by Scripture’s effrontery in failing to be just like us, we need the humility to see this friction as a holy discomfort through which the Spirit can work. We may be called to see the text in a new way, but we may also be called to question ourselves and our society.

As with the interpretation of Scripture, so with life. Not to engage with contemporary issues, concerns, and values would be a failure of love of neighbor. But the pace of societal change in recent decades under the impact of global capitalism and its technologies has been dizzying. It is unlikely to slow down, and the gap between the life experiences and values of today’s young people and their grandchildren will probably be at least as great as that between them and their own grandparents. What seems of paramount significance now may not be so tomorrow. Yet so often we behave as if now is all there is, and we and our times and struggles are the focal point of history.

Scripture offers us a different perspective

We used to live in Chicago and one of our favorite places was the Oriental Institute at the University of Chicago. I particularly enjoyed being able to visit with Sennacherib, the Assyrian king who besieged Jerusalem in the time of Hezekiah (Isa 36-37; 2 Kings 18-19). He appears in massive stone reliefs excavated from Dur-Sharrukin, the capital of his father Sargon II. The reliefs are extremely impressive and were clearly designed to overawe visitors with Assyrian might. Hezekiah and his people would have appeared to everyone as insignificant vassals and Assyrian power as a permanent reality. The message of Sennacherib to the Judean king is clear: “Have the gods of the nations delivered them, the nations that my fathers destroyed, Gozan, Haran, Rezeph, and the people of Eden who were in Telassar? Where is the king of Hamath, the king of Arpad, the king of the city of Sepharvaim, the king of Hena, or the king of Ivvah?” (Isa 37:12-13). Sennacherib is the reality that counts, and history is all flowing in his direction. For Hezekiah to imagine any other possibility will be folly.

Yet, Sennacherib and his empire are in the museum. What appeared to be the most important reality determining the present and the future became irrelevant. Meanwhile the texts that bore witness to the God of Israel whom Sennacherib thought to brush aside continue to nourish and sustain the living community of God’s people in all the challenges of today. Sometimes the most faithful way to address the challenges of the present is to perceive their fleeting nature. Scripture disturbs and comforts in equal measure with its own estimation of what is lasting: “surely the people are grass, The grass withers, the flower fades, but the word of our God will stand forever” (Isa 40:7b-8).