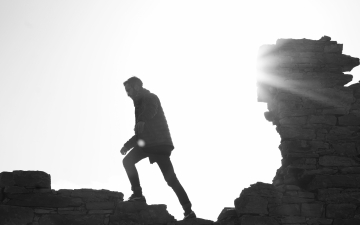 When the announcement was made in 2012 that the then-Bishop of Durham, Justin Welby, was to be made the 105th Archbishop of Canterbury, those who knew him praised the decision, heralding him as a peace-maker at a time of deep division in the Church and in the world. Indeed, reconciliation has become a hallmark of his ministry as Archbishop. He has written, “In a world plagued by conflict and division, the Church has a crucial role to play as a community of peacemakers. Jesus calls every one of us to love God, our neighbours, ourselves – and our enemies. It’s a challenging command, with nobody left out. We’re all given the message and task of reconciliation.”

The root of our division

Now, you may imagine that the root of our division is human self-centredness. And you would be right. But the way we often talk about this is in reference to God’s law, for God’s law describes the virtuous life of love for God and neighbour that all are bidden to aspire to. The problem is, as everyone who has ever failed to keep even a New Year’s resolution can testify, none of us is capable of living up to the standards of God’s law. In one respect the law may be regarded as a cheerleader on the sidelines encouraging us, spurring us on; but then it turns out to be the judge who disqualifies us. Is there any way we can get a break? Without diminishing the law – without resorting to calling them “God’s good ideas” – is there a means by which the seemingly unscalable barrier of our self-centredness might be overcome in order to give us access to holiness?

St Paul answers our question in the affirmation that Christ himself “has broken down the dividing wall, that is, the hostility between us. He has abolished the law with its commandments and ordinances” (Ephesians 2.14-15). There is only one who was capable of fulfilling the law’s demands, and that was Jesus Christ. He perfectly conformed his life to God’s law. Through his costly obedience (for it ultimately meant surrendering his very life) love and forgiveness have been set loose in the world. The victim of the world’s enmity, Christ has brought us near to God in the declaration that all hostility has been brought to an end.

In Christ, we have access to a powerful grace

And that includes hostility between Christians. True, the signs of division still exist. In the world there is still discrimination on the basis of gender, of race, of creed, of age, and of social class. In the Church, there remains tension between high and low, liberals and conservatives, Protestant and Catholic. But in Christ we have access to a grace which has the power to dissolve hostility and to bring about a healed vision where we see one another as the forgiven and forgiving, and to experience reconciliation.

In the middle of the 19th century, slaves captured on the mainland of East Africa were brought to Zanzibar in chains, often enduring horrific hardship on their journey, and sold in the city’s slave market. When the market was closed on the orders of the Muslim sultan in 1873, the Christians set about building a church. They resolved that it would be a monument of emancipation from a tyranny that affected all the people of the region. And so they built a cathedral on the very site of the old slave market. The high altar is said to stand on the very place that used to feature a whipping post, as if to remind those who worship of the cost to the Son of God of their reconciliation.

My friends, it is this same Jesus Christ who stands as the figurative “high altar” of the church today. Later on in Ephesians 2, Paul employs three images to describe the Church. He says that we are citizens, a family and a temple (verses 19-22). Note that none of these images makes any sense apart from Christ’s reconciling work. Because of him we are no longer refugees looking for a nation, but citizens serving under one banner; no longer orphans looking for a home, but brothers and sisters adopted into one family; no longer held aloof from a God who has ignored or turned his back on us, but all granted an equal and welcome access to his table of forgiveness. This is what it means to be reconciled.

At the outset of his ministry, Archbishop Welby sent out a request that all Anglicans might join him in a prayer of reconciliation. It is a prayer that is part of my daily prayer diary, and I invite you to use this prayer at the beginning of a new decade:

"Almighty Father, Lord of all the world, in your Son Jesus Christ you have reconciled us to yourself and have given us the ministry of reconciliation. By your grace draw us deeper into Jesus’ compassion and love and prayer, and give us the gift of unity, that we may be strengthened to proclaim the good news of Christ’s love and truth to those without hope and to bring reconciliation to this troubled world; through the same Jesus Christ, our only Lord and Saviour. Amen."

Stephen Andrews is Principal of Wycliffe College and also Helliwell Professor of Biblical Interpretation. If you enjoyed this blog post, you might also enjoy his reflections on, "Good News for A-Types and B-Types," and "Three Ways Seminary will Change You for the Better."