Culture is not optional | Wycliffe College
Skip to main content

Culture is not optional 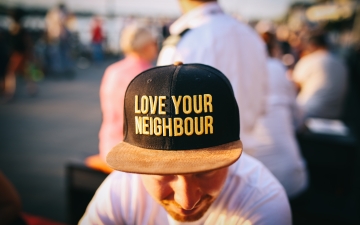 The Theology of Culture course is all about exploring the relationship between faith and culture from the perspective of worldview analysis. The class will meet here at Wycliffe College on Monday evenings throughout the coming fall semester.  In this blog post, Adjunct Professor of Theology of Culture, Brian J. Walsh writes that "culture is not optional," that human beings are "culture formers" because we are created in the image of God.  Further, not all culture formation is equal. Walsh goes on to describe the specific calling of Christians as "culture-makers."

In her recent Wycliffe blog post
Sylvia Keesmaat brought our attention
to the most foundational characteristic of human identity.
We are earth creatures.

And all the heavenly-minded, dualistic theology in the world,
all the other-worldly piety and heavenly escapism
can’t change that.

As Sylvia put it …
we are from the earth,
we are for the earth,
and we are destined for the new earth
where God will dwell with us.
Being an earth creature is not optional.

But what is our unique calling as earth creatures?
To till and keep, says Genesis.
To serve and observe, translates Keesmaat.

Or, as Genesis also puts it,
we are called to “be fruitful and multiply,“
and so we are to “fill the earth.”

But what is this filling?
Fill the earth with what?
Tilling and keeping the earth to what end?
Serving and observing for what purpose?
What is a fruitful filling of the earth?

Well, for ancient Israel, this wasn’t simply a matter of
human population growth.
Rather, this “filling” is manifest in human culture-making.

Culture is a filling exercise.
Not that the earth is empty,
but that the human creature has the unique call
to fill creation with cultural artifacts,
traditions, institutions and relationships
that serve to open up creational potentials.

Such cultural filling is at the heart of our tilling and keeping.
Culture-making is integral to serving and observing creation.
Human beings, created in the image of God, are culture formers.

But not all culture forming is created equal.
While we can shape culture in ways that are shalom-filled,
faithfully serving and observing the creation,
in our sin, our deep fall from our creational calling
and human identity,
we have filled the earth with cultural practices and products,
that have resulted in
the deformation of creation,
the despoliation of the good earth,
the distortion of human life,
the deathly closing down of life.

The prophet looks out at the world-class city that Jerusalem had become.
He observes a cosmopolitan city of cultural excellence.
He perceives a “filling of the earth.”

But full of what?

It is full of diviners from the East.
The intellectual elite who know nothing of Israel’s God,
serving as consultants to the ruling class.

And their services are paying dividends.
After all, the city is full of silver and gold,
there is no end to their treasures.

But wealth always needs protection,
so the land is full of horses and chariots,
a centralized military system to
keep the wealth in the hands of the wealthy.

And then, the prophet gets to the heart of the issue.
The land is full of idols.
Because the people do not “image God” in their cultural filling,
they necessarily, invariably, and without exception,
bow the knee to graven images, to idols.

Subject to idols, their imaginations were taken captive,
and they produced a culture in the image of their false gods.

Here is a culture that is full.
This culture is full of … well, I’ll let you fill in the blank.

And here is a culture, says Isaiah,
that is about to collapse.

Because the God who calls humans to be fruitful,
to serve and observe,
to fill the earth in their tilling and keeping
is against them.

Being an earth creature is not optional,
but this earth still belongs to the Lord.

Culture is not optional,
but culture rooted in idolatry is subject to the judgment of the Creator.

So where are we?
What is our cultural reality?

It is certainly the case that we have a culture
that is full to overflowing.
So full that we have a whole industry
devoted to renting space for us to keep our stuff.

What kind of culture is this?
In whose image do we form our culture?
God’s or idols’?

And if culture is not optional,
then what is the cultural calling
of a community that follows Jesus
living under the shadow of idolatry?

Culture is not optional.
There is no human life that is not cultural.

Christian discipleship in the community of the church
is called both to discern the spirits of our cultural context
and to seek redemptive wisdom in fulfilling our call
as culture-makers,
serving and observing,
tilling and keeping,
fruitfully filling our creational home.