Being the Earth Creature | Wycliffe College
Skip to main content

Being the Earth Creature 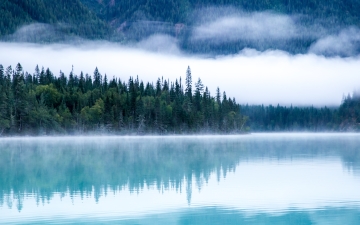 Dr. Sylvia Keesmaat is an expert on biblical faith and creation care, sustainable living, and radical discipleship. An Adjunct Professor here at Wycliffe College, this fall she will be teaching "Creation, Food, and Land: Biblical Faith, Current Crisis" Tuesday afternoons from 2 - 5 p.m. If you've ever wondered about Creation care, and how that fits into a life of faith, consider enrolling in Dr. Keesmaat's course this fall. Her poem, "Being the Earth Creature," asks readers to remember who we are, and what we are here for.

Being the Earth Creature

Do you know who you are?

There are many ways to answer this question,

or our place in our families

When it comes right down to it,

however, there is one thing that we all are:

we are creatures of the earth.

God kneels down into the earth,

and forms an earth creature,

and makes ‘adam, the earth creature.

We are earth creatures, made from the earth.

But that isn’t all.

For God then breathes into that earth creature.

The very Spirit of God breathes in and inflates

the lungs—and the earth creature begins to live.

Who are you? An earth creature.

What are you made of? Earth and the living breath of God.

But there is another question to be asked:

what are we here for?

Genesis 2 not only evocatively tells us who we are,

but also paints a vivid picture of where we are,

and what God has called us to.

God plants a garden for us—

the image is less a carefully tended ornamental garden

than a forest garden—

and then God put the earth creature in this

forest garden to till it and to keep it.

A better translation would be to serve and observe.

To serve in the sense of being a servant to creation,

as we are to be servants of one another.

And we are put in creation to observe it,

just as we observe the law by obeying its limits.

So we observe creation,

learn from its limits and live according to them.

Where are we? In a forest of delight and beauty,

a forest of food and sustenance.

And what are we called to do?

Quite simply: pay attention to what it needs,

and look after it.

So, how are we doing at that?

Have we remembered who we are

and why we are here?

Or have we forgotten?

In Hosea 4, the prophet has a few things to say

to the earth creatures who have forgotten their calling.

Because the people have forgotten who God is,

because there is theft, and adultery,

and the creatures who live on the land are in distress,

birds of the air,

even the fish of the sea are perishing.

When we forget who we are,

when we forget our calling,

we are no longer the earth keepers,

but the death bringers.

That is who we become.

Paul picks up this imagery in Romans 8

when he say that

creation is waiting for the earth creatures to be revealed,

for us to remember our calling as

keepers of the earth.

But creation isn’t the only one waiting.

Paul says that those who have the first fruits of the spirit,

also groan as we wait for the redemption of our bodies.

We are longing with creation,

we are groaning with creation,

we are waiting, waiting for the redemption of our bodies,

And in talking about resurrection,

Paul says something not just about who we are,

but who we are called to be.

You see, we are the earth creatures,

and our destiny in the Bible is never to

live for eternity apart from our bodies.

We don’t really know what happens when we die,

but we do know this:

again and again we are told that

there will be a new heaven and a new earth,

that creation will be made new,

and that we will be resurrected, in our bodies,

to live on this new earth.

will come to live with us,

on the new earth.

This is an important part of who we are called to be.

You see, if we accept the popular vision that we

are all headed to heaven some day—

a vision that is found nowhere in the Bible, I might add—

then it becomes easy to turn our back on the earth.

Then the earth doesn’t really matter.

But that’s not biblical faith.

The Bible calls us to remember who we are:

we are from the earth,

we are for the earth,

and we are destined for the new earth,

where God will dwell with us.

If we truly are the earth creatures,

if we truly are called to the care of creation,

then the destruction of creation

and the death of its creatures can only cause us

to live with lament, with sorrow

that we have so clearly lost our way,

forgotten who we are,

betrayed the trust of our God.

And if our mourning is genuine,

then it will create in us a great longing,

a great longing to live a life of healing,

a life not only of care, but also respect

for the limits of creation,

a life where we cannot help ourselves

from living faithfully as earth creatures

who serve the earth from which we

So who are you?

Do you remember who you are?

Remember that you are a creature of the earth,

and of the living breath of God.

Remember that you are called to serve and observe

the earth on which you were placed.

Remember that you are waiting for that new heaven

where God will come to live with us.

Remember who you are.