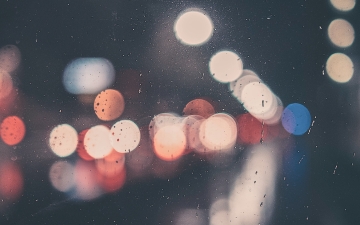 It began with self-deprecation but quickly moved to raw anguish. Humboldt Broncos team pastor Sean Brandow shook his head, “I don’t want to be here,” he said shortly after taking the platform at Sunday’s vigil for the victims of last week’s devastating crash, when the hockey team's bus collided with a truck, killing 15 and injuring 14 others.

“I really don’t want to be here. But it’s good that we are,” he added, choking out the words.

The video of Brandow’s extraordinary message has been viewed thousands of times, a transcript of his words published through mainstream media.

His confession of feeling helpless and of having no answers, together with his profession of trust in God even in the face of such tragedy, has spread widely on Canada’s mainstream and social media.

Brandow quoted from the book of Psalms throughout his powerful address. In the following Q & A, Wycliffe Teaching Fellow Andrew Witt (AW below), who wrote his doctoral dissertation on the figure of David in the book of Psalms, helps us understand why.

Q:    The biblical book of Psalms composed the songbook of ancient Israel. But it also has a long history in Christian lament. Tell us about that.

AW:  The link between the Psalms and Christian prayer has been strong ever since New Testament times.  Jesus used the Psalms as his own prayers throughout the gospel accounts of his life, but particularly during what Christians call his “passion,” referring to the events of his final days and hours leading to his crucifixion. From the cross Jesus quotes from several psalms, and perhaps most famously, from Psalm 22:1, “My God, my God, why have you forsaken me?” The apostle Paul also recommends the singing of psalms to the early Christian church (Col 3:16), which he thought would help them to encourage one another in wisdom.  From these beginnings, the early church was able to find great solace and hope in the Psalms, reading them in the light of David’s life in the Old Testament and Jesus’ life in the New Testament. Through these connections, they were able to find their own voices to cry out to God in times of great persecution and trial, which time and again struck the early church.

Q:   Sean Brandow quoted from Psalms 23 and 34, both of which are considered “Psalms of David.” Who was David and what in his life uniquely suited him to write such powerful songs?

AW:  David was one of the most famous kings in the Old Testament, and you might have heard the story about the young David facing the giant Goliath, or, the much darker account of King David’s adultery with Bathsheba. While he is often lauded in the Old Testament for his heroism in battle, part of his uniqueness is that much of his story is filled with episodes of exile, family trouble, and tragedy. For instance, surrounding the Goliath story we have stories about David escaping from the then current King of Israel, Saul, who attempted to kill him on multiple occasions. We also have the tragic story of the death of David’s son, born to Bathsheba, and the rebellion of his son Absalom, who attempted to usurp the throne from David and ended up dying in battle. Each of the above occasions forms the backdrop to multiple psalms we find in the Old Testament. One of the most famous psalms, Psalm 51, details David’s confession after being confronted about his sin with Bathsheba, and the story of Absalom’s rebellion is named as the background to a few psalms (Ps 3, 63).  You get a good feel for David the psalmist in his lament over the death of his good friend Jonathan, “How the mighty have fallen in battle! / Jonathan lies slain on your heights. / I grieve for you, Jonathan my brother; / you were very dear to me” (1 Sam 1:25-26).

Q:    What do we know about the context of these particular Psalms?

AW:  We don’t know too much about the context for Psalm 23, but for Psalm 34 we are told that we should read it in the context of David trying to take refuge within the kingdom of the enemies of Israel. David was fleeing for his life from King Saul, and was praying to God in desperate times. Psalm 23 certainly reflects a similar context, as the psalmist expresses his hope in God as he considers both his life and his death.

Q:    In what way does the book of Psalms remind us that it’s okay to express the full range of our emotions to God?

AW:  In many psalms we have the psalmist crying out to God with anguish and fear, and sometimes with uncertainty about how God might intervene in a situation. These psalms remind me of the father who prays to Jesus, “I believe; help my unbelief” (Mark 9:24).  When people think about the Psalms, they seem to automatically move to “Hallelujah,” but if you sit down and read through the book, you’ll discover that the majority of the psalms are not praise psalms, but psalms which address difficult times in our lives, such as the betrayal of friends and family, or when we feel like we are under attack. We are invited to join in with these prayers, prayers which God has heard the faithful sing for over 2,500 years.

Q:    At the conclusion of his message, Brandow prayed, and began his prayer with three simple words: “God we hurt.” How can the Psalms prepare us for that kind of honesty with God in prayer?

AW:  I think the Psalms can be immensely helpful in allowing us to voice “God we hurt” in various ways. For example, there is Psalm 13, where the first few verses express the psalmist’s weariness and God’s apparent inaction, “How long, O Lord? Will you forget me forever? How long will you hide your face from me? How long must I take counsel in my soul and have sorrow in my heart all the day? How long shall my enemy be exalted over me?” (Ps 13:1-2).  Yet, the psalm ends with confidence that God would act in some way, even if that way was not immediately discernable, “But I have trusted in your steadfast love; my heart shall rejoice in your salvation. I will sing to the Lord, because he has dealt bountifully with me” (Ps 13:5-6).  When we pray these kinds of prayers as Christians, we pray honestly, already confident in God’s love for us, shown to us through the life, death, and resurrection of his son, Jesus Christ. There is still space to cry out, even yell, before God, within the love he has shown us.

Q:    Andy – what else would you like us to know about the Psalms?

AW:  I would encourage people to find their own voice there among the voices of our ancestors in the faith, both those figures from the Bible as well as the vast number of Christians who have relied on these prayers to enter into a sacred space, a space where not only can one find confidence in reaching out towards God, but also in which they can discover new things about themselves. St. Athanasius famously calls the Psalms a “mirror of the soul,” and Calvin refers to them as containing an “anatomy of the soul.”  For them, and many Christians both before and after them, the Psalms have been a gateway into the healing of the soul within the context of engagement with God.