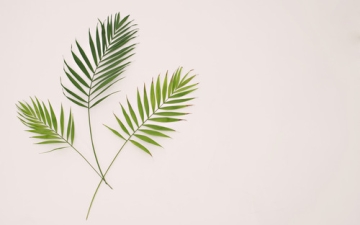 Then he told this parable: “A man had a fig tree planted in his vineyard; and he came looking for fruit on it and found none. So he said to the gardener, ‘See here! For three years I have come looking for fruit on this fig tree, and still I find none. Cut it down! Why should it be wasting the soil?’ He replied, ‘Sir, let it alone for one more year, until I dig around it and put manure on it. If it bears fruit next year, well and good; but if not, you can cut it down.’”

With the proliferation of mobile devices and internet chat, connection to and opinions about current events are everywhere. The challenge in this is that current events can become entertainment. And, further, given the ease with which we can find like-minded people, the news can encourage us to point fingers at others.

Some people have come to Jesus with news about a horrific current event. Jesus changes the conversation. Rather than engaging in their conversation and analyzing what those unfortunate Galileans might have done wrong or differently, or the nature of the current political climate, or the character and motivations of that evil Pilate, Jesus changes the focus entirely. “Unless you repent you will perish as they did.”

Jesus turns the people’s eyes back towards themselves; firmly clarifying for them that the distraction of looking at the news and focusing on other people’s wrongdoings is a big, big problem. It is the road to destruction; for it distracts from the fundamental news – that God offers humanity the chance to repent.

Jesus changes the subject: he turns the people’s focus back on themselves and reminds them that they, like the Galileans who escaped Pilate’s brutality and like the Jerusalemites who survived the falling tower, are no better than the ones who were killed. They too are offenders.

What they need to do is look at themselves and see that they need to repent – to change their hearts and minds so that they come to care most deeply about the good news: God’s offer to allow them to turn back to himself.

Jesus warns that the chance for repentance is time-limited. The fig tree has only one more year to prove that it can produce fruit.

This Lent, may we turn our attention in a more focused and intentional way to God’s gracious and undeserved offer to accept our repentance.

Loving God, thank you for the possibility of repentance, of turning again towards you and so seeing in your light the ways we have not loved you with all our hearts and minds and strength, and how we have not loved our neighbours as ourselves.

May we humbly repent so that we may be conduits of your love to your world.

By The Rev. Dr. Ann Jervis 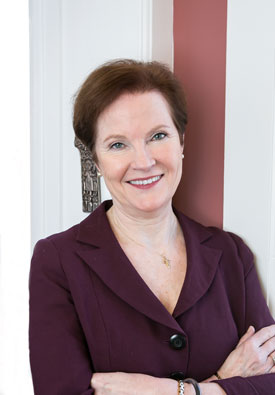 Professor of New Testament and Advanced Degree Director at Wycliffe College. Ann's academic interests revolve around Paul and Paul's world. She has published three books and several articles on this topic and in the area of women in the early church. Ann is an ordained priest in the Diocese of Toronto and an honorary assistant at the Church of Redeemer.