How Some Indigenous Students Changed Me 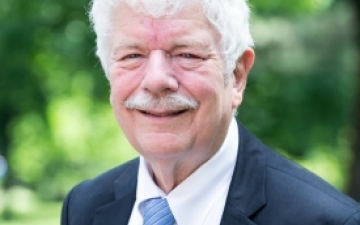 Now, a fundamental reason why I’ve had so much to learn from Indigenous students is that, before they came into my life, I was profoundly ignorant of their worlds. I apologize. When they had to take courses from me in western Christian history, I wish that I’d been able to make connections between the subject matter and their Indigenous cultures. They deserved that.

I’m so grateful to them for extending my horizons. Some of the most searing personal stories I’ve heard in my life were those that Andrew Wesley shared as a student about his experiences in an Indian residential school. Others, such as Mark Macdonald, Travis Enright, Riscylla Walsh Shaw, Chris Harper, and Annie Ittoshat (four of them now bishops, one an archdeacon) taught me things, often troubling and challenging things, that, as I processed them, helped me realize my complicity in a church, society, and educational system that needed reform. (I’ve also had some really important conversations with all of these people after they graduated.)

They didn’t all say the same things, but from one or others I learned—

But it’s not only terrible hurts that they’ve shared with me. They’ve also shown me the thrill of grace abounding in their lives, and the times they’ve been illuminated by light erupting unexpectedly in the darkness. They’ve shown me the power of faith, the gift of prayer, the love of Jesus, and the healing of God’s Spirit. While I’m wondering how hard it must be for someone to keep oriented to Christ in the midst of such intense struggles and difficulties, they rejoice in the even greater intensity of God’s blessing in their lives.

So from my conversations with them and other Indigenous Christians I began to realize how much wisdom and strength and inspiration the Indigenous Church had to offer me. What I learned reshaped my personal values, reordered my priorities, and changed my sense of vocation and purpose as priest, teacher, researcher, and school administrator—and, indeed, simply as Christian, as human being.

I researched new things. I revised what I taught. I read and talked about different things. I sought out new people.Among other things, I began arranging visits for faculty members and students to Six Nations (where we were guided by the wonderful Father Norm Casey, their late rector). Some who read this will remember these amazing excursions.

“Claimed” by the Calls to Action

But for me, as for many, the whole context changed in 2014 when the federal Truth and Reconciliation Commission reported back, and I felt claimed by its Calls to Action.

I was by no means the only one at Wycliffe who embraced the Calls to Action. I particularly recall the leadership of George Sumner, Julie Golding Page, David Kupp, Ray Aldred, Renée Monkman, and our graduate Gary Graber. (And Archbishop Mark, based just a few blocks away at Church House, was very much part of the family.) New things happened: the “Indigenous Leaders Training Week,” placements for MDiv students in Indigenous communities and ministries, recruitment of Indigenous students, educational events, lectures, courses, research projects, territorial acknowledgments; many conversations. And was it perhaps the hand of providence that brought us a new principal, Stephen Andrews, who had been thoroughly involved in the Indigenous ministries of two northern dioceses, one where he had been the cathedral dean and one where he had been bishop?  I’ve been so thankful for his leadership in this area, among others.

What are our next steps? Our self-study for the cyclical renewal of our accreditation, now in process, is helping us answer that question. In the meantime, in the winter Archbishop Mark and I will be co-teaching a course on settler and Indigenous Christianities in Canada.

Hopes for the future

And I hope that we can be a theological resource for the Church in its mission of reconciliation. The Church no longer formally endorses the assimilation of Indigenous peoples, but I find that a lot of settler Church people—evangelical and catholic, liberal and conservative—are still perplexed and put off when “they” don’t think like “us.”

If we think of the First Peoples as racial groups or visible minorities, we’ll go quickly wrong. They are nations, and that fact is theologically fundamental for their place in the Church. When I read in the Old and New Testament about God’s care for “the nations,” when I see how God at Pentecost honoured and used many languages,  when I study how Augustine’s mission to England in the seventh century was based on the principle of respect for the traditions and cultures of peoples with unfamiliar customs, I see that God has created and called the Church to be a Church of nations.