The pastoral practice of creating lists 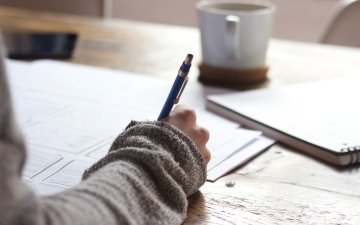 As Wycliffe College Chaplain, I spend a lot of time creating lists. I consider doing so a critical part of any pastoral practice. Whether an accurate list of the families in a congregation, including their children, names and grades in school, or a list of seniors indicating who lives alone together with the names of their next of kin, such lists are an indispensable tool in exercising care for others.

Wycliffe has ten Chapel services a week, Monday through Friday: Morning Prayer, one community service of Holy Eucharist on Wednesday afternoon, and various forms of evening prayers on each of the other four afternoons. Faculty, students, and staff set-up, lead, read, sing, pray, preach and greet, and run the live-streaming at these services. I create a list of who will do what for each role, at the start of each new school year. Were it not for these lists, the same small handful of people would do it all. Creating such lists requires that each year I get to know the new students, faculty, and staff.  When are they on campus? Which academic program are they in? Who plays the drums or violin? Do they have small children at home (which might make it difficult for them to show up at 8:30 a.m., but also grateful that we have childcare at our Wednesday community Eucharist)? I talk with my colleagues about preaching and leading these various services, and learn about their work-loads and travel plans during the term. We also create a prayer list of every single person who either lives, studies, or works in the building. It all amounts to a lot of names. I have a great team of student sacristans who help with this task; and still it is a lot of names, a lot of people to pay attention to.

Which is my point. Lists let people know they matter and are seen. They prevent (sometimes) people in the community from falling through the cracks. Accurate lists require that we get to know something about each person’s life, gifts, and schedule. Lists help to respect those involved in worship by scheduling them at times they are able to participate, and hopefully prevents asking them to participate at the last minute. Lists enfold people into the worship of the Chapel, declare that they are a part of the community, allow them to bring their unique gifts to our corporate worship.

My favorite list that I create each year is the list of Wycliffe’s international students and the various languages they speak. At our Advent service of Lessons and Carols we read each of the nine readings twice: first in the native language of a student, then again in English. Generating this list means meeting our multi-lingual students, learning where they are from, the languages they speak. It is often a lesson for me in regional dialects. Perhaps for the only time when they are studying at Wycliffe and the University of Toronto they are invited to proclaim the good news of Jesus Christ in their native tongue. They always read with such pride, and in doing so they witness to the spread of the Gospel to all lands.

I learned the value of the practice of making lists the hard way. In a congregation I served, a woman had not come to church for a couple of weeks. She was an older woman, normally in church every Sunday, but she had not previously appeared on the pastoral team’s radar. It turned out she had been in hospital, very ill. We didn’t allow someone to fall through the cracks again. I began a weekly pastoral care team. (I learned this practice from a colleague.) Each Tuesday morning we met and began by taking attendance of our four weekend services. It is easier to do than you might think. It required, to start with, that we had an accurate list of who went to which service, who were the newcomers, etc. If we discovered a parishioner had not been in church for two weeks, a member of the pastoral care team made a call to say “hello” and make sure all was okay with them. Fewer people fell through the cracks.

I like to think of these lists like the many genealogies we skip over in Scripture. Genesis 5 and 10, Exodus 6, Ruth 4, Matthew 1 and others. We have these lists because their compilers thought each obscure name was important. Who the people behind the names were, the names of their parents, children and grandchildren? All those names that we tend to skip over belonged to people, ordinary people whom God loved so deeply that he sent his Son for them. Ordinary people—like you and me and like all the people in our communities—whom God folds into salvation history through the ordinary grace of his Son.

Accurate lists are a pastoral practice and an obligation. In God’s grace our ordinary, sometimes obscure people, deserve to be known and named.