A Confusion of Printers: The Role of Print in the English Reformation | Wycliffe College
Skip to main content

A Confusion of Printers: The Role of Print in the English Reformation 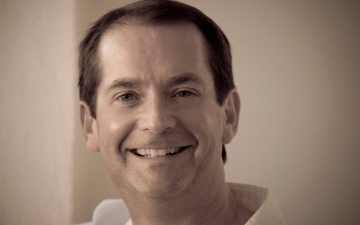 Ours is the era of round the clock news. It is also a time during which it is becoming increasingly challenging to discern legitimate facts from "fake news" as social media and search engines deliver up stories for reader consumption that algorithms determine we want to see. But as Rev. Dr Pearce J. Carefoote (pictured), Head of Rare Books and Special Collections at the Thomas Fisher Rare Book Library, University of Toronto writes below, reflecting on history--particularly that surrounding the intersection of the invention of the printing press with the Reformation--can still hold lessons for us today.
*
It was believed not so very long ago that free access to information for everyone, through social media and a 24-hour news cycle, would lead to greater freedom and understanding among diverse people with divergent opinions. This early in the information revolution, however, the opposite seems to be the case. We appear to have created silos and echo chambers in which political, religious, and intellectual groups manipulate information to achieve their own ends, directed towards and read almost exclusively by their own disciples.

Since there really is nothing new under the sun, considering the experience of English printers half a millennium ago might still be instructive as we try to make sense of the confusion of today.

The social history of the Reformation era is an endless source of fascination, and the English experience is particularly captivating. To say that it did not proceed in a linear fashion would be the height of understatement. Over the last decade, I’ve mounted three different exhibitions at the University of Toronto’s Fisher Rare Book Library about the ways in which the Reformation intersected with the invention of the moveable type printing press, the two together paving the way towards what we now call “the modern era." One consistent theme that has run through each of the exhibitions was this: that while you can’t tell the story of the Reformation without reference to the books, pamphlets, broadsides, and engravings that helped to spread it, often times the more interesting story surrounds the tribulation of the printers themselves. Nowhere was their situation as fraught as it was in the British Isles during this unsettled time in which allegiances were officially switched from Catholic to Anglican, to a more reformed version of Anglicanism, and then back to Catholic, before settling on the so-called via media.

The roots of this confusion predate Luther and his activities at Wittenberg by about a hundred years, to a time when the English church had to confront the popularity of John Wycliffe and his followers the Lollards. Laws that were enacted then by men like Thomas Arundel, Archbishop of Canterbury, aimed at containing heretical influence, remained on the books until well into Henry’s reformation, helping to intensify the confusion both Catholic and Protestant printers experienced throughout the reigns of all four Tudor monarchs. While these talented, highly educated tradespeople struggled to harness the power of a new technology, they were never quite certain whether what they had printed on any given day might, in fact, be used against them as the religious sensibilities of sovereigns and their councils wavered and changed as the pages of the calendar turned. An orthodox publication in one reign easily became heresy in the next, and could quickly lead the offending printer to the scaffold.

The birth of a new idea: a free press

Out of all of this uncertainty, however, would be born a new idea: that a press could and should be free. Whatever their religious proclivities, the printers of the Reformation period came to appreciate, perhaps better than almost any other British subjects, that this period of upheaval was not simply about individuals making personal choices according to their consciences. They understood from the practice of their trade that the English Reformation had also been a period of coercion and compulsion, and in order to survive in business, sometimes they just kept their heads down and plough through until better days arrived.

Authors, printers, and booksellers of this tumultuous era were on the forefront of discovering, whether consciously or subconsciously, that life’s most important questions could have divergent, incompatible answers. Their job was to put those incompatible answers “out there.” Many printers were, of course, firmly committed to their religious principles, while others were simply committed to seeing their business survive. By the end of the seventeenth century, the precarious context within which they had to ply their trade, however, would lead them to another belief: that free persons should have the right to print what they think about religious matters and then stand responsible for their product without fear of the magistrate’s censure, one of the cornerstones of western democracy.

But we had to go through the confusion of the sixteenth century first in order to get to achieve that goal … if we actually have.

The Rev. Dr Pearce J. Carefoote is the Head of Rare Books and Special Collections at the Thomas Fisher Rare Book Library, University of Toronto. He holds a Master of Information Studies from the UofT and a Doctorate in Sacred Theology (Church History) from the Catholic University of Louvain, Belgium. Among other publications, he is the author of Forbidden Fruit: Banned, Censored, and Challenged Books from Dante to Harry Potter. He is an Anglican priest of the Diocese of Toronto and is Honorary Assistant at St James’ Cathedral and at St George’s-on-the-Hill, Etobicoke.

The Rev. Dr Carefoote will deliver this year's Founders' Day Memorial Lecture--exploring the key role the printing press played during the time of the Reformation--on Wednesday, October 17, 2018 beginning at 3:00 p.m. in the Wycliffe College Reading Room.