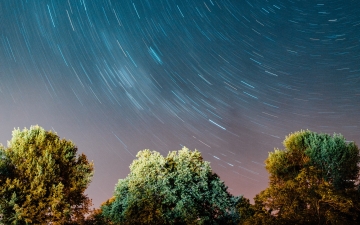 “Providence” sounds such a heavy word. Portentous. If someone uses it a lot in conversation, we might think of them as self-important and smug, as if they are claiming that God is on their side.

But the first appearance in Scripture of the idea that the word providence conveys is as early as Genesis 22 when Abraham assures Isaac (with trembling voice and faith, I think we may safely assume) that God will see to it. Yet in this situation, it looks as though, if God is not quite against them, then the best that can be said is that He is not making things easy.

Another great story matching that of Abraham in scale is Joseph’s (Genesis 37-50), which has the famous “you intended it [Joseph’s being trafficked] for evil, but God intended it for good” (Genesis 50:20). The story of Jacob also has moments of providence. Accidents will happen, but in Jacob’s case, they seem too special to be totally random. Jacob is a schemer who asserts his will even against God-in-the-form-of-an-angel. He will do rather than be done to. And yet, both Jacob’s and Joseph’s stories tell of men who found their slow and painful way to blessing, receiving and giving. It is more blessed to receive, then to give.

Indeed providence stretches way back in the book of Genesis to all the points where God takes care and hence intervenes, almost always indirectly—whether through angels, other creatures or events—to steer the course of any long and winding narrative. What is clear throughout the Hebrew biblical witness is on the one hand (1) the constancy of the good order of creation and on the other (2) its changeability under pressure from God’s purposes and His reaction to human endeavour, for better or for worse.

Now it might appear that with Exodus we get something different—the saving redemption of a people, rather than providence as such. True, and John Calvin, for instance, read the Bible as suggesting that this “special providence” was what got individuals elected into God’s story so as to become a group, whether a people or church. Yet it might also be correct that this special providence was one part of the outworking of God’s providential plan, one that would keep creation, even while reshaping and remaking it.

The church is bigger than the individual in election and providence but both are but parts of the story of God with creation, human and otherwise. It is not that the church is bigger than the kingdom. Yet we also know that providence cares for sparrows (Matthew 10:29/Luke 12:6): the various vulnerable details of the big picture, including ourselves and other weak and needy souls, give the cosmos its precious value.

The Bible does not use the term “providence” any more than it does the word “Trinity,” but the idea that God is actively in charge to maintain, enhance, and purify His creation seems pervasive throughout both the Bible and history seen from a believing viewpoint.

Moreover, it might be something that even those who can’t believe in a fuller Christian gospel would do well to consider—that the world has meaning and purpose in God’s capable hands.

Mark Elliott is Professorial Fellow at Wycliffe College. Get to know him, by reading the Summer 2019 edition of Insight, Wycliffe's alumni magazine, which features a Q&A with him on page 10.