In support of women preaching 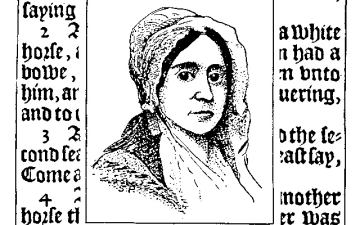 Wycliffe College Professor of Old Testament and Graduate Director Marion Taylor presented a paper at the annual meeting of The Canadian-American Theological Association (CATA) in Regina on May 27, 2018. Marion, who is a past-president of CATA, titled her paper, “Nineteenth-century Women Wrestling with Pauline Texts,” and highlighted part of her research on women’s writings on Paul for a book she and Wycliffe professor Catherine Sider-Hamilton have been contracted to write for Eerdmans. The following blog has been excerpted from her paper.

Scriptural texts associated with the apostle Paul—found in 1 Corinthians 14 and 2 Timothy 2—have long been used to support restrictions on women’s roles in the church. Although it’s not surprising that our foremothers of faith have been very interested in these texts that impacted their lives and ministries, their published comments on such texts have been forgotten.

The writings of the 19th-century preacher and author Harriet Livermore (1788 – 1868) for example, argue convincingly that the restrictions in those Pauline passages were intended for the original audience only.

Arguably the most flamboyant of the many 19th century American women who used the apostle Paul and Pauline texts to defend their sense of call to preaching, Livermore challenged proscriptions against women’s public ministries.

Born into a privileged and influential family in Concord, New Hampshire, she received a fine education and resolved to become a religious person in 1811 at the age of 23. She associated herself with a variety of denominations, (Congregationalists, Presbyterian, Quaker, and Freewill Baptists) but found no home in any one denomination. Instead in 1824, she described herself as a “Pilgrim Stranger” who was called to “martyr” herself by bearing public witness to her faith.

To support her long and difficult public ministry, Livermore published seventeen volumes that included biblical commentary, poetry, a memoir, and a novel. Her first book, Scriptural Evidence in Favor of Female Testimony in Meetings for the Worship of God, was an impressive 124-paged “scriptural defense for [female] preaching.” In this fascinating and understudied exegetical and theological work, Livermore sets forth her defense in a series of twelve letters to her friend, “dear Julia.”

She begins with a sketch of Paul’s character and office and underscores her commitment to the authority of Scripture—and to Paul’s authority in particular. She is especially interested in Paul’s ministry at Corinth and discusses 1 Corinthians 11 and 14 as she leads up to the controverted chapter 14:34,  “Let your women keep silence in the churches; for it is not permitted unto them to speak, but they are commanded to be under subjection, as also, saith the law.” It is this verse that she unpacks.

Livermore takes the unusual approach of beginning her exposition of the verse with the final clause “as also, saith the law.” She does this because she wants to show that women throughout Scripture did not keep silent but rather in her words “were honored with distinguished manifestations of divine regard.” Livermore then spends almost half of her book trying in vain to produce so much as a single passage that implies that women were prohibited from speaking in God’s name.

Nearing the end of this journey, she quotes 1 Corinthians 14: 34, 35 in full once again and asks: “How can any rational, candid, meditative Christian, direct this language of the Apostle to female disciples at large, in meetings for the worship of God? Has [Paul] not in a preceding chapter, given directions concerning women’s praying and prophesying? Would this holy man undertake a revocation of the almighty will? God declares his handmaidens shall prophesy in the last days? Can we charge Paul with contradicting God?   . . . I will try a dissection of the text. 1st.  Let your women (not all women every where) keep silent in the churches. Whose women? The Corinthians—keep silence. Where? In the churches. In church meetings for business certainly.”

Livermore’s Scriptural Evidence in Favor of Female Testimony in Meetings for the Worship of God is a remarkable work of biblical commentary and theology. Her defense of female preaching is based on Scripture and is worthy of consideration by those who wrestle with the role of women in the church today.