Jews and Anti-Judaism in the New Testament :decision points and divergent interpretations 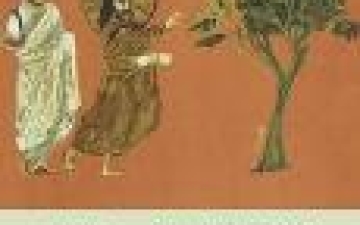 Jews and Anti-Judaism in the New Testament offers a balanced, sensitive, and erudite guide to the precarious issues of anti-Semitism, anti-Judaism, and supersessionism in the New Testament. Combining adept navigation of the relevant literature—both classics of the field and more recent forays—with a keen exegetical analysis of the Christian canon, Terence L. Donaldson maps the major New Testament writings across three axes: self-definition, degree of separation, and rhetorical intent. In doing so, he successfully brings his readers up to speed on this crucial discussion, even while pushing the conversation forward with intellectual force and exegetical savvy.

Reviews
"An excellent and much needed introduction to a difficult subject that will enrich scholars, students and the general reader." —William S. Campbell, Reader in Biblical Studies, University of Wales Lampeter

"This is a sensitive, level-headed approach to a tension-filled topic. Particularly striking is Donaldson’s conclusion that the canon of the New Testament offers more options for Christian self-definition today in relation to Judaism than the compilers of the canon themselves were able to utilize." —John Koenig, Glorvina Rossell Hoffman Professor of New Testament, The General Theological Seminary, New York

"In this perceptive and engaging guide, Donaldson demonstrates that interpretative decisions have moral implications that cannot be neglected. His own constructive proposals can only enhance responsible engagement with scriptural texts in today’s complex world of faith." —Bruce W. Longenecker, Professor of Religion and W. W. Melton Chair, Baylor University

"[Jews and Anti-Judism in the New Testament] is informed, readable and carefully written. As an introduction, almost primer, to the subject, this book may well proved to be the best in print today." —Glenn M. Balfour, Journal for the Study of the New Testament (2011, 33:5)

“This is an engrossing, persuasive, and highly readable introduction to diverse ways in which scholars have interpreted the New Testament in relation to anti-Judaism. Donaldson’s excellent book will surely lay the groundwork for future discussions of this important topic.” —Adele Reinhartz, Professor, Department of Classics and Religion, University of Ottawa

“Donaldson’s study is a judicious and balanced treatment of one of the most difficult issues in New Testament interpretation.” —Robert Jewett, Guest Professor of New Testament, University of Heidelberg

"Donaldson addresses the important issue of Christian anti-Judaism, both in the foundational scriptures of the church and in modern interpretation of these scriptures. I heartily recommend this book to one and all." —Review of Biblical Literature (2011)

"... a rich and rewarding resource. Indeed, anyone seeking to understand the academic study of Judaism and the NT would be remiss in ignoring the book.... I warmly recommend Jews and Anti-Judaism in the New Testament: Decision Points and Divergent Interpretations as an introduction to the debate concerning Jews and Judaism in the NT and as a helpful and concise reference for one's library." —N. Blake Hearson, Journal of the Evangelical Theological Society (2011, 54:3)

"... this book serves admirably as an introduction to the topics of Christian anti-judaism and the parting of the ways between Judaism and Christianity. Donaldson's treatment is judicious and fair, weighing the scholarly arguments against one another and against the biblical data. In a time when tensions and indeed intolerance, religious and otherwise, are on the rise, Donaldson's book serves as a sobering reminder: our words might have unintended effects on others." —Touchstone (2012, 30:1)

"... an important contribution to the field.... Donaldson is to be commended for a work that ... does not skirt the complexity of the subject or the scholarship, and provides a starting point for discussion that is attuned to the nuances of both." —Callie Callon, University of Toronto, Studies in Religion (2012, 41:2)

This book is available for purchase at Crux Bookstore.