Giving thanks for the life of Donald Hugh Bessell 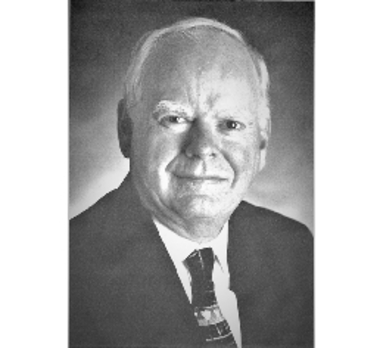 Hugh Bessell, as he was known at Wycliffe, proved to be a wonderful addition to the Board of Directors when he joined in November 2000.

Besides his considerable financial qualifications and experience, Hugh brought wisdom, good judgement, and a strong commitment to his faith. He participated willingly at any Board event at the College, and carefully scheduled his own travels to not interfere with his attendance at Board meetings each month.

Hugh was quickly appointed as Board Treasurer after he joined Wycliffe, and he contributed greatly during a period of financial growth and stability for the College. At that time, Wycliffe finances were almost entirely manual, handled by Shayne Hutton and myself, so Hugh’s business acumen and financial background as an industry leader at KPMG were invaluable attributes which he put at the College’s disposal as he led the Board Finance Committee and chaired the Audit Committee.

Hugh was a pleasure to work with, and he and I engaged in many useful discussions on how best to present Wycliffe’s increasingly strong financial position so as to attract and encourage participation by other Christian business leaders in Wycliffe’s future.

Even after Hugh’s full nine-year term on the Board had ended, because he and I lived not far apart, from time to time we took the opportunity to enjoy a cup of coffee together at a local coffee shop, catching up on mutual experiences, and always, on how things were going at Wycliffe.

Hugh Bessell died on April 10th, 2020. Speaking for the College and the Board, we are so grateful for his time with us – Hugh made a real difference!

Peter Patterson served as Business Director at Wycliffe College for 20 years. He received an honorary doctorate from Wycliffe in 2018, the same year he retired.