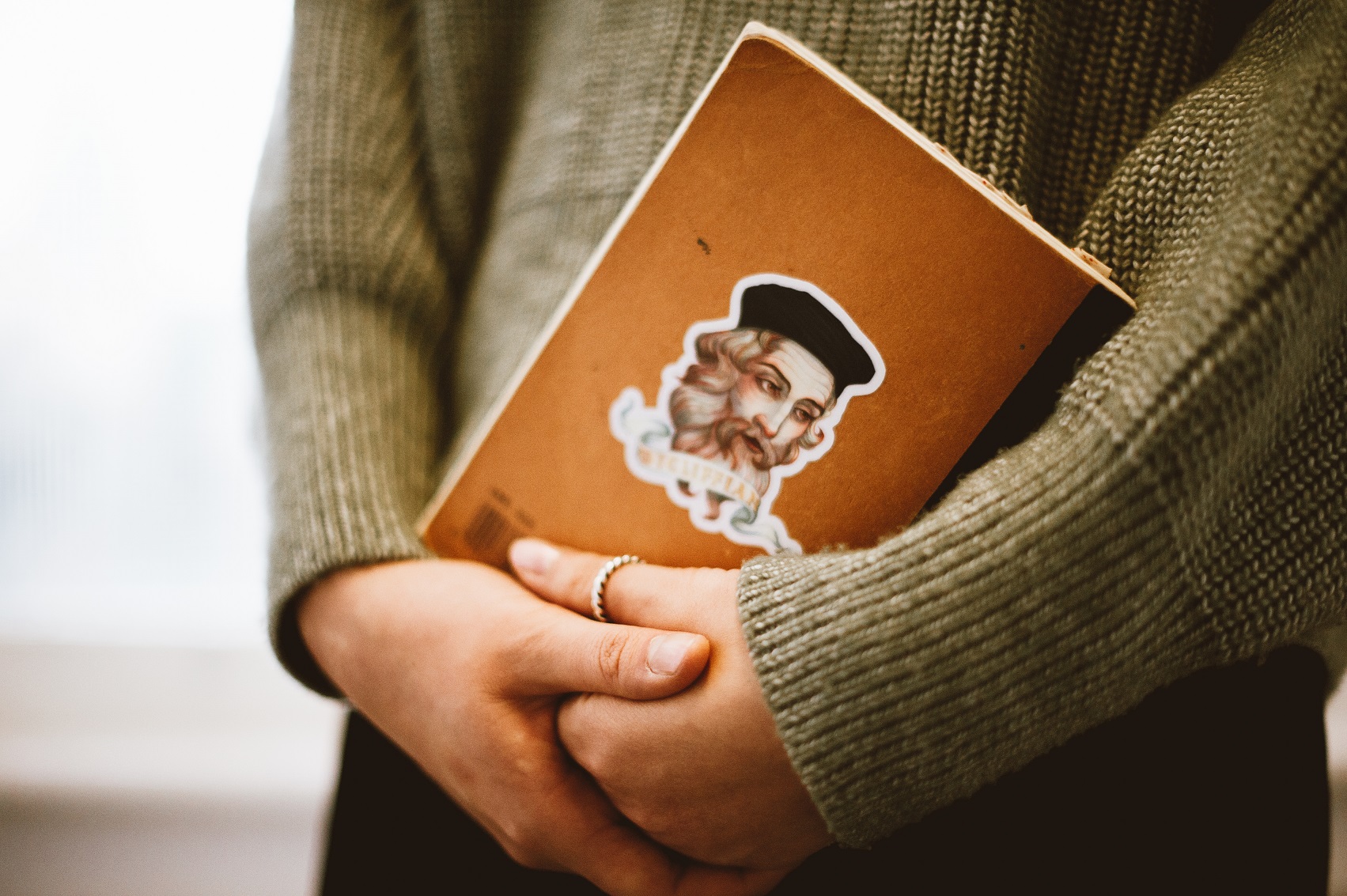 This month, Wycliffe College launched the Wycliffian campaign in celebration of the College’s namesake, John Wycliffe. One of the forerunners of the Reformation, he stood for biblical truth, and modelled both courage and conviction. Toronto-based designer-illustrator Joyce Shin reimagined Wycliffe’s appearance in a contemporary, artful rendering.

Using her design, the College created limited edition stickers, magnets, and coasters, and has been giving them out for free, as an expression of our appreciation to students, alumni and event guests. People are sharing photos of these Wycliffian giveaways on social media, using the #Wycliffian hashtag.

Joyce describes her process in creating the new design. “I had never heard of John Wycliffe prior to this project,” she says. “It was surprising to learn about some of the things he stood for, which are core aspects of the Christian faith today that I, a believer, have taken for granted all my life. I came to understand that although this man lived centuries before me, still his faith trickled into my own.”

For the re-imagination of John Wycliffe, Shin says she wanted to represent a “connectivity between past and present.”

“I intended to combine classical portraiture with contemporary art as a way of representing Wycliffe’s modern-day relevance while preserving visual indicators of his historical significance. I did this by maintaining realism and mimicking classical portraiture by adding painterly brushstrokes to the texture of the image,” she explains.

To bring Wycliffe into the present, Shin chose a pastel colour palette that softened Wycliffe’s look, then added a bit of rouge to his cheeks to add a touch of whimsy.

“I took what I perceived to be his character –-- his wisdom, burning conviction, and resolve to stand for biblical truth –-- and translated these impressions into the light in his eyes, the flame–like twists of his beard, and the delicate arch of his brows.”