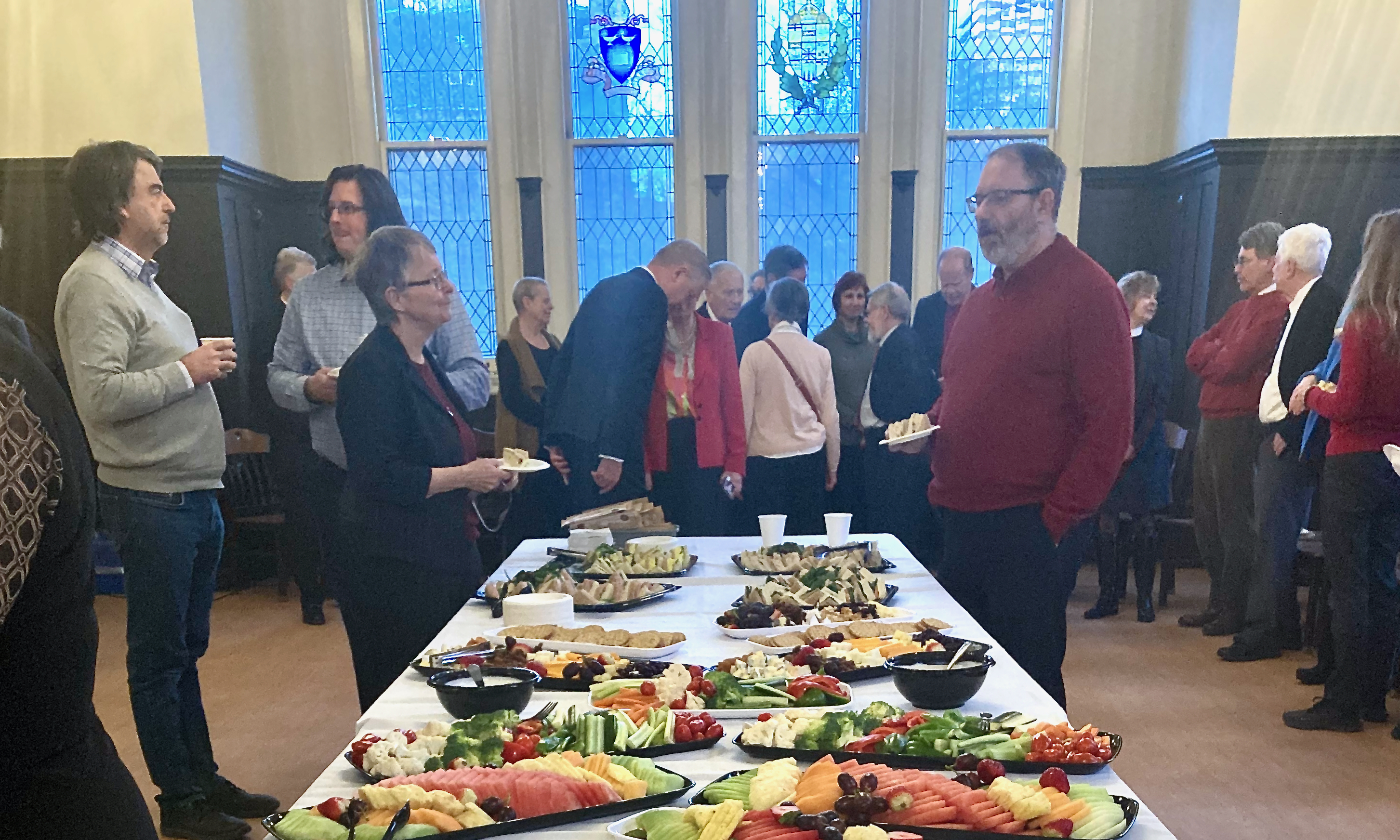 In his opening remarks, Wycliffe Principal Stephen Andrews observed that together, the four represented more than 81 years of combined service to the College. Each retiree was introduced by a former colleague.

Now retired Wycliffe Business Director Peter Patterson shared warm memories of Barbara Jenkins, who began in the College business office, went on to work in Admissions and finally took on the role of Registrar. Barbara told those gathered that while once she delighted to watch each student walk across the convocation stage, today she feels the same sense of joy and pride observing her 20-month-old grandson learning his letters and numbers.

Professor of Old Testament Marion Taylor shared anecdotes of her long friendship with Wanda Malcolm dating back to the time when they were both young mothers, while Wanda recalled touring Wycliffe for the first time and wistfully wondering whether a seminary would ever have need of a psychologist.

Professor Emeritus New Testament Terry Donaldson recalled that when he first heard about Ann Jervis, she was still just a PhD student with a reputation as both a dedicated scholar, and a caring person. Ann grew up at a time when her parents' hopes for her centred on finding a good husband. She expressed gratitude to God for allowing her to build a career out of her deep passion to study and teach the Bible.

In addition to relating Alan Hayes' many accomplishments during his time at Wycliffe and at the Toronto School of Theology, Principal and Helliwell Professor of Biblical Interpretation Stephen Andrews told those assembled that Alan began at the College when the Watergate scandal was still capturing headlines and the finishing touches were being placed on Toronto's CN Tower. "Forty-seven-and-a-half-years," Alan clarified, before going on to express gratitude for the blessing that his academic career had been. Looking back over his remarkable years as a scholar of Church History, he quipped that he knows fewer things today than he once did, but what he knows he knows "more deeply," concluding, "I do know that nothing separates us from the love of God in Christ Jesus."