The Alphabet—Greatest Invention of All Time? | Wycliffe College
Skip to main content

The Alphabet—Greatest Invention of All Time? 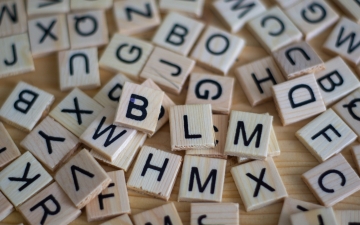 I believe our alphabet reflects one of the most significant inventions of all time. Without it, it would take years for me to learn the hundreds of pictographic signs that would be necessary to write this blog and for you to be able to read it.

How was the alphabet invented?

Before the alphabet, things were written by drawing a picture, for example, of a stick man representing a person. So far so good, but the need soon arose for a myriad of additional signs to convey the related ideas of a person who is male or female, thin or fat, rich or poor, foreign or native. Add to this the problem of conveying abstract ideas and before long you have the several hundred picture signs and symbols used by the ancient Egyptians or the intimidating array of wedge-shaped (cuneiform) signs used by the Babylonians. (When in China in 2012, I aspired to learn Mandarin but was told mastery of at least 1500 characters was needed to read a newspaper!)

The genius of the ancient Semitic inventor(s) of the alphabet lay in this. Someone got the idea of using a few dozen picture signs not as the meaning of the thing pictured but as the initial sound needed to pronounce the word for that thing. In other words, our inventor turned a few dozen picture signs into consonants.[1] This stroke of genius reduced the number of figures needed to write from several hundred to fewer than thirty. As a result, writing and reading spilled from the nerdy scriptoriums of the ivory tower down to Main street. These few dozen signs—picture drawings ingeniously converted into consonants some 3800 years ago—remain the stuff of the alphabet we still use today.

Picture puzzle-solving and digging in sand

But I have gotten ahead of our story. We need to go back and ask how we know the alphabet was invented in this way. Two lines of investigation, picture puzzle-solving, and digging in the sands of ancient Egypt, have shed remarkably clear light on the actual method—and even some of the thought processes—used by the inventor of the alphabet.

It took picture puzzling for scholars to realize that the solution to the mystery of the alphabet’s invention lay in the link between the names of the ancient Hebrew letters and the letters themselves. The puzzle initially involved answering the following question: Were the letter shapes (“A”, “B” and so on), along with the ancient names given to these letters (Hebrew “Aleph”, “Beth” and so on) arbitrary or meaningful?

A debate raged for decades in the mid-twentieth century, but it eventually became clear that the names were meaningful—not products of the imagination but remnants of history representing not just random squiggles plucked out of thin air to denote sounds, but specific things that matched their sounds.

Take A, for example, the consonant Aleph in Hebrew. Aleph is the Hebrew word for “ox.” The penny drops the moment we notice that the triangular face and horns of an ox can still be seen in the English capital letter A by inverting the A! (It got to be upside down over time because its original picture-meaning “ox,” had long been forgotten. Similarly, b was the diagram of the floorplan of a house, the Hebrew word for which is the letter-name Beth. (Here the letter has changed over time not by inversion but by growing an upward extension from what was originally a square floor plan. Mystery solved: “b” was a Beth, "house;” but Beth is now the name for the initial sound of Beth: b.

Digging in the sand

Excavations at two key sites in Egypt—Serabit el-Khadem in the Sinai desert and Wadi el-Hol northwest of Luxor—have uncovered drawings that reflect the earliest days of alphabet writing. From these crudely drawn earliest alphabets, the connection between picture-sign and alphabetic letter can be more clearly seen, securing how the alphabet was invented.

Somewhere around 1800 BC an ancient speaker of proto-Hebrew (technically called Proto-Canaanite) innovatively pondered the pictographic Egyptian hieroglyphs for ox, house, etc. And instead of doing the obvious—attributing to the signs the meanings intended—he assigned the values “a” and “b”, etc. That is, he attributed to the shapes the values of the initial sound needed to say these words! (This is known as the acrophonic theory of the origin of the alphabet.) It was this stroke of counterintuitive brilliance that reduced the number of signs needed for writing to the mere sum total of all the sounds needed to construct any word. Signs that followed included “d” from the sign for door (Hebrew Deleth, which begins with “d”), “p” from the sign for mouth (Hebrew Pe which begins with the sound “p,” and so on.) The job was done once he found picture signs the proto-Canaanite word for which began with all the sounds needed to spell out every word in the language.

You can still see the meaning of the original pictographs in the following other letters: M (Hebrew Mem, “water”—see the waves in M?); O (Hebrew ‘Ayin, “eye”—see the round eye, less the eyeball?), and t (Hebrew Taw, “brand”). Other letters have grown or shrunk over time making their meanings, indicated by the letter name, barely discernable. Examples are Y (Hebrew Yod, “hand”), and r (Hebrew Resh/Rosh, “head”).

Three cheers for the ancient Semitic inventor of the alphabet! It is hard to imagine a greater service rendered to humankind than this person’s having done just that.

Now you know the story behind the ABCs you learned a long time ago.

[1] The earliest Semitic alphabet had no vowels; these were introduced later by the Greeks who turned the consonants they didn’t need for pronouncing their words into vowels. One of these is Omicron, the name chosen for the new COVID variant.

Glen Taylor is Professor Emeritus of Old Testament at Wycliffe College. An expert in Classical Hebrew and other Northwest Semitic languages, his passion for languages began in his first year of university, at the age of 16(!), when he decided to study Greek and Hebrew. Read more about that here.