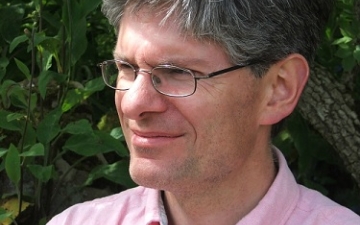 Alec Ryrie is Professor of the History of Christianity at Durham University and a licensed lay preacher in the Church of England. His books include Protestants: The Faith that Made the Modern World (2017), the prize-winning Being Protestant in Reformation Britain (2013) and The Sorcerer's Tale (2008). He is co-editor of the Journal of Ecclesiastical History.

It's the 500th anniversary of Martin Luther’s 95 Theses, the traditional starting-gun for the Protestant Reformation, and so Luther’s life is being retold and his doctrines remembered. I worry, though, that in the process we can miss the point of his story: which was that his Christianity was a matter not of the intellect, but of the heart and of the guts.

We’ll never know exactly when the troubled young Professor Luther came to his great spiritual breakthrough. But if we don’t know when it happened, we know what it felt like. Before any of Luther’s insights were formulated into doctrines, they had already turned his life upside down. Before Protestantism was a theological system, it was a love-affair. Luther discovered that God loved him and forgave him in a way he had never imagined before, and that unlocked in him an answering, recklessly extravagant passion, which he pursued beyond the bounds set by Church and tradition. Like any lover, he found it incredible that his beloved should love him. And yet, he discovered over the long years of prayer and study that God loved him wildly, irresponsibly, and beyond all reason. God, in Christ, had laid down his life for him, and that sacrifice was not a transaction, or a process, or a negotiation, or an offer, or a reproach, but a sheer gift.

Of course, professors are having ideas all the time, and normally no-one else cares very much. But when Luther got into a public row with his local archbishop and was ordered to shut up, he refused. He wasn’t just a theologian anymore. He was a lover defending his beloved’s honour and discovered within himself fantastic reserves of stubbornness. So instead, in an unnervingly modern way, he doubled down and outflanked his opponents with innovative use of new media – the printing press. Within three years he had formulated a complete theological critique of the establishment, had been excommunicated, and had denounced the Pope as Antichrist.

Finally, in late 1520, the law caught up with him. He was summoned to trial before the parliament, or Diet, of the Holy Roman Empire at the city of Worms. He expected he would face martyrdom: and so he went like Christ to Jerusalem, a three-hundred-mile journey, pausing to preach on the way. Well-wishers warned him not to go. He replied that if there were as many devils in Worms as there were tiles on the roofs, he would still go. He arrived on 17 April 1521 to find the rooftops crowded, not with devils, but with supporters. The streets were so thronged as to be impassible. The crowd pressed about him. Voices shouted that he should stand firm. One yelled, ‘blessed is the womb that bore you’. Finally, he was allowed in, brought before all the assembled majesty of church and state, and asked if he would recant his errors. He replied cautiously but firmly that his conscience was captive to the Word of God. He would only recant his views if it could be shown to him, on the basis of the Bible and the Bible alone, that he was wrong.

He escaped with his life, thanks to a naive and honourable young German Emperor. But that moment defined his life and the Protestant movement that followed: the naked conscience speaking truth to power. Pretty soon new churches were springing up that were being called ‘Lutheran’. He never liked that. This Reformation wasn’t his doing, he insisted: "I simply taught, preached, and wrote God’s Word; otherwise, I did nothing. And while I slept, or drank Wittenberg beer with my friends ... the Word so greatly weakened the papacy that no prince or emperor ever inflicted such losses on it. I did nothing; the Word did everything."

That’s a statement of faith, not of fact, and it’s not nearly as humble as it looks at first glance. But it captures something essential about Protestantism: Martin Luther had unleashed a spiritual revolution that neither he nor anyone else could define or control. And it’s not over yet.

This fall, Professor Alec Ryrie will be a featured guest as Wycliffe College marks the 500th anniversary of that historic occurrence, by hosting a series of special events intended to communicate the background, context, key personalities, and ideas of the Protestant Reformation, and to explore its legacy for the church today.