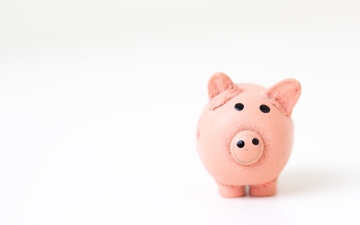 Jesus talked a lot about money. Though I haven’t done the accounting, I suspect that money is one of his primary topics. Think of Jesus’ parables: the lost coin, the two debtors, the rich man and Lazarus, the Pharisee and the tax collector, the talents, and so on.

Jesus’ talk about money may partly be rooted in who his listeners were. When he taught in Galilee, Jesus’ listeners were people whose economic life was insecure. They were agrarian and overtaxed – some estimates are that the tax rate was 30 per cent. If there was a bad harvest or catches of fish, many went into debt in order to pay the tax. And once a debtor, it was next to impossible to climb back into a good economic place.

Given the circumstances of his listeners, we might expect that Jesus would have said some explicit things about resisting Roman taxes, or that he would have helped his followers to create a movement demanding economic justice. Some interpreters of the New Testament think that is what Jesus was doing when he talked about the kingdom of God.

Money in its proper place

I don’t hear Jesus this way. Rather, Jesus thought that the kingdom of God is necessarily a place where all are cared for and no one takes advantage of others. This is the case not so much because money has been fairly distributed (although it would be), but because money is in its proper place. That is, I hear Jesus radically diverting attention away from money even while he talks about it almost ceaselessly. He is revealing an alternative way of perceiving and relating to money and to other people (the kingdom of God), rather than an alternative economic system. Money will fall into the right place when God and not money is the focus.

One of the clearest things Jesus said about money is that it wants our service – “you cannot serve God and wealth” (Luke 16:13). Here Jesus makes plain that he sees money as dangerous for those who want to serve God. Money wants only more of itself. It wants to replicate itself: it tempts those who have it to serve money’s goal – making more money; and it promises those who don’t have it that it is the only answer to their needs.

Jesus describes the kingdom of God as an environment where money has no power. The kingdom of God is for children (Matthew 18:1-4) and the poor (Luke 6:20). It is where people care for one another and where the goal is not wealth but God’s will.

Money as a means to love

This way of being is so profoundly different that Jesus spoke of it as being born anew (John 3:3). We see the kingdom of God when we see Jesus. And when we see Jesus – God’s love in our world – we also see the only wealth worth serving. The richness of knowing God’s will and love replaces money’s hold on us, freeing us from enslavement to money, whether our enslavement is our worry or our desire for more. In the kingdom of God, money’s purpose is God’s good.

Money is typically a concern in theological schools – both students and institutions tend to worry about it. May we all pray for the mind of Jesus in our various economic realities – whether that means we should be more generous, or fret less. May we focus where Jesus focused: doing the will of God for the sake of the world God loves. Or, as Jesus said, “seek first God’s kingdom and righteousness, and all these things shall be yours as well” (Matthew 6:33).

Ann Jervis is Professor of New Testament at Wycliffe College. A scholar known for her expertise on the Apostle Paul, during the Winter 2020 semester, Ann is teaching “Learning About Paul Through Galatians,” an intensive course at the graduate level that will take place over two, two-day sessions. During the Spring 2020 semester, she will teach a course on the gospel of Mark.