Why I am not “a person of faith” 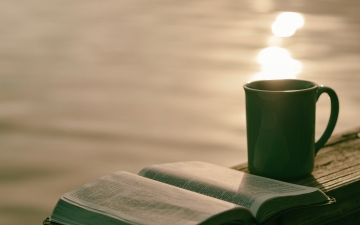 I do not consider myself “a person of faith.” There, I said it. Are you shocked?

Yes, I attend my parish church regularly. I say the creed without crossing my fingers. I renew my baptismal vows at least once a year. So what could it possibly mean to say I am not “a person of faith”?

Well, consider the fact that these days we call people what they want to be called. Thus we no longer talk about Eskimoes, but about the Inuit. You can think of other examples. (So far this principle has not been applied to my own nationality—the Welsh. “Welsh” is an ancient English word meaning “a foreigner.” You see the problem. But I’m not holding my breath.)

In the same way, “person of faith” is not a term made up by Christians, Muslims, Hindus, Buddhists, or adherents of any religion, as far as I know. But in a secular society, it is a convenient term for lumping together all religious people, regardless of what they believe. It’s rather like saying “Indigenous people” while forgetting that they comprise 634 First Nations in Canada alone and speak more than fifty distinct languages.

The term flattens and devalues the differences between religions, differences it is important to honour for the sake of respect and integrity. Even the word “faith” means different things in different religions. Sometimes people will push back, “But you all believe in God, surely?” Well, actually, no. A Buddhist’s understanding of Ultimate Reality is so far from traditional Western understandings of what we call God that many would prefer to be called atheists.

That’s my first objection. The second is perhaps more significant. The phrase divides “people of faith” from everyone else. And who is that “everyone else”?  I’ve never heard anyone say this, but the underlying assumption seems to be that other people (normal people?) do not have faith, are not people of faith. Some might put this mildly: “I really admire the way you have faith.” Others might be more aggressive: “I prefer to base my life on reason and evidence.” The latter would identify with Mark Twain’s definition: “Faith is believing what you know ain’t so.”

So what is wrong with dividing the world into people of faith and everyone else? Because the world just ain’t so. Everyone has faith. It depends, of course, what you mean by faith. How about this for a working definition: “Faith is believing things for which you see what you consider to be good evidence, but which cannot be proved.” That’s not a bad starting point for understanding Christianity, and perhaps other religions too.

The fact is that everyone lives by this kind of faith. Everybody lives on the basis of what they consider to be good evidence, but which they cannot prove. What do I mean? Well, I am writing this in a coffee shop, and just got a refill. Have I checked that the barista didn’t poison it? No, of course not. In theory, I could—but why would I bother? She’s my friend and I’ve been coming here for many years. I consider those reasons the evidence that this is a perfectly fine cup of coffee. (If this article is unfinished, it could mean I was wrong, of course.) I am drinking it in faith. (Good so far.)

Coffee is one thing, however, but what about bigger issues? Take God, for example. Sure, many (perhaps most) religious people believe in God—a God of some sort—on the basis of faith. Why? Because we believe the evidence is adequate, and we choose to trust. Is that irrational? Not at all—any more than my choice to drink this coffee (which is still good) is irrational.

In the same way, an atheist is equally a person of faith—though they may claim the opposite. In other words, they too consider the evidence. They simply come to the opposite conclusion. Of course, the atheist and the Christian may differ as to what they see as evidence, or good evidence, or what that evidence means. And, of course, neither of our conclusions can be proved.

Not long ago, a previously unknown fish was discovered in the depths of the ocean. An atheist friend said, “To me, that’s just more evidence that the universe is random.” You can probably guess my answer: “To me, that’s just more evidence of the infinite creativity of God.” Who was right? Well, they are both responses of faith, and neither can be proved “right” in that sense.

We should all have doubts

We can think of Christianity and atheism as working hypotheses by which we live our lives. Both are—or should be—open to doubt and correction. As C.S. Lewis wrote, “Now that I am a Christian I do have moods in which the whole thing looks very improbable.” We appreciate his honesty. But then comes the sting in the tail: “but when I was an atheist I had moods in which Christianity looked terribly probable.” That’s the nature of faith, whether religious or secular: doubt helps us sift what is true from what ain’t, that which is worth basing a life on from what is just wishful thinking.

So that’s my second objection to being called a person of faith. It gives the impression that some have faith, and some don’t. It masks the reality that everybody is in one way or another a person of faith. The playing field is more level than the phrase implies—and Christians (and others) don’t need to be defensive about what they believe.

So am I a person of faith? Not actually. Please call me whatever I prefer to call myself, whether it’s Christian, Muslim, Jew, or anything else. In my case, “Christian” is fine—though even that was originally a term given by outsiders to the faith!

“Person of faith” sounds innocuous enough, but underlying it are assumptions which are disrespectful and even patronising. And that doesn’t help conversation or mutual understanding one little bit.

John Bowen is Professor Emeritus of Evangelism at Wycliffe College in Toronto. The themes in this article are explored more fully in his latest book, The Unfolding Gospel: How the Good News Makes Sense of Discipleship, Church, Mission, and Everything Else (Fortress 2021). A version of this article was previously published in the Niagara Anglican Newspaper.