Why we should all care about euthanasia 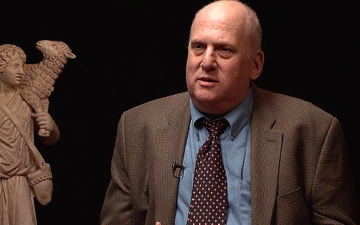 Canada has had legalized euthanasia since June of last year. From that point to mid-December 2016, our doctors killed 744 Canadians. Notice I use the word “killed.” I refuse to use the meaningless “death with dignity” or the truly ridiculous “medical aid in dying.”

The first term implies that those who die at the hands of a physician are somehow more dignified than those who let their natural life run its course. For some reason, we as a society have started to think that because someone is ailing and needs help going to the bathroom, or showering, or being fed, that that person has lost his or her dignity. How we have come to this God only knows.

Then there is “medical aid in dying.” One day I’m going to die. I’m pretty sure I will. If I simply keel over and die, I will not need medical aid in dying. On the other hand, should I contract a fatal disease, I have always assumed my doctor and other medical professionals will help me live my remaining time as comfortably and happily as possible. I would not expect my doctor to poison me, or whack me over the head with a mallet as is done in children’s cartoons.

Both expressions—“death with dignity” and “medical aid in dying”—are dangerous. They are part of pro-death propaganda. Language matters. And these terms have oozed their way into our society, leaving the impression that killing patients is somehow gentle and kind—that a sick person is without dignity, but once dead regains it. Only a few years ago, when physicians killed their patients they were charged with murder.

The euthanasia law is supposed to be safe; it says that only those patients whose deaths are reasonably foreseeable can be killed. The more you think about this boundary, the more flexible it becomes. In December, Health Canada initiated reviews to explore extending euthanasia to teens and the mentally ill.

Euthanasia corrupts everything. It fouls the Criminal Code, destroys true care and kindness, warps ethics and turns morality to evil. And as in Ontario, it takes on a totalitarian nature by denying physicians the right to opt out of anything that has to do with euthanasia (including making referrals to doctors who are willing to kill).

The notion of autonomy

Much of what has gotten us here is based on the notion of autonomy. Everyone has independence in a free society. We can choose to marry or not, we can choose our professions, where to live, who will be our friends and where we will worship. But no one is autonomous. Autonomy implies that one is completely independent of other people. And as Rabbi David Novak once said, and I paraphrase, If people are so autonomous why can’t they kill themselves?

I have been writing and speaking out against euthanasia for nearly 10 years. I will do so until my last breath. I have also suffered horrendous pain because of a spinal problem. I have been taking morphine for nearly five years and I have had two serious surgeries. I have great compassion for those who suffer. But killing as a solution is barbaric. Imagine a combat medic killing a wounded comrade. Imagine a fireman refusing to rescue someone who may have been burned.

Instead of legalizing murder, we should—as a nation—be developing ever better pain medication. We should build up our system of palliative care, instead of tolerating our current, pathetic system. In Canada in 2010 only 30 percent of those who needed palliative care could find it. Today, seven years later, that statistic remains the same. And I expect as demand for euthanasia goes up, the push for palliative care will go down.

There is no question of a slippery slope. We are already speeding down it.

We must fight euthanasia. The decency of our society is at stake.

(Editor's note: Charles Lewis is a devout Roman Catholic. In this 2015 interview with Salt & Light Television, he was interviewed about his experience and thoughts on suffering.)