Story of a calling | Wycliffe College
Skip to main content

Story of a calling 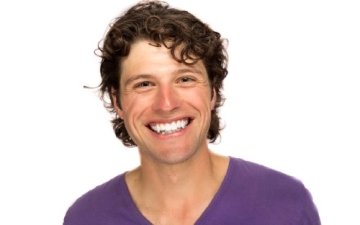 Philip Stonhouse (pictured) is a graduate of Wycliffe College. Originally from Saskatoon, Sask., he came to Toronto to pursue an acting career, performing in plays, musicals, operas, film, commercials, and more. Since completing his studies at Wycliffe, he has served at many churches: he was a missioner/lay pastor at St. Monica’s (Toronto), trying to plough new ground for Christ; he helped to plant a church in Ajax; more recently, he served at Little Trinity, St. James Cathedral, and Christ Church Creston. Currently a curate at St. Bride’s Clarkson in Mississauga, Philip writes about his journey from acting to ministry.

I came to Toronto to become an actor. My parents were both Anglican ministers in Saskatoon and my whole life I had wanted to be anything but that. I didn’t like the politics or the often unchristian behaviour. At times, I saw my parents come home tired, feeling alone, underappreciated. So, I avoided even the thought of ministry and followed my passion for acting. I told myself that if there was any place to make a "go" of that career, Toronto was the place. But after five years pursuing that dream, acting wasn’t shaping up to be everything I wanted it to be.

I knew I was missing something, but at the time I thought that what I needed was merely more consistent employment. I remember sitting backstage at a performance of Macbeth waiting to go on. At the same time, I was debating—half with myself, half with God—about what I should be doing. I was actually trying to think of what I could do to support my acting career. As I reflected on massage therapy, tech support, waiting tables, and anything else that came to mind, for the first time in my life I found myself thinking, “maybe ministry.”

What happened next was weird, because I don’t remember where the thought and conversation with God went, but I do remember that minutes later, when I walked out on stage, I knew that it might be the last show I ever did.

The show went so well that I immediately started second guessing that resolve. After the play, as I rode the subway with a Hindu friend, my friend said, “That show was the best I have ever seen it. What changed?” I thought to myself, “Perfect! I will tell him about my calling, and he will tell me that I should stick with acting.” So I told him the story I’ve just shared. My friend said, “You know I don’t believe in the same thing as you, but maybe if you were a minister, I would come to church.” After hearing this affirmation, I couldn’t ignore my call anymore.

My parents had met at Wycliffe College so I decided to inquire there, thinking that since it was already late July, I would have to wait a year to enrol. Wycliffe's (then Basic Degree Director) Marion Taylor, was away for a few weeks at her cottage, so the Principle at the time, Bishop George Sumner took me out for lunch.

Something clicked in that conversation for me, and I caught a glimpse of what I had been searching for. George introduced me to the Registrar and Director of Admissions Barbara Jenkins and suddenly the ball was rolling. In only a few weeks I found myself at Wycliffe.

Being obedient to that sense of “calling,” and enrolling at Wycliffe stands as one of the smartest choices of my life; I can’t even begin to describe the life-changing experience that it has been. Today, I am serving God; this is one of the greatest blessings of my life.